New face in Scottish literary book publishing gets physical with a love letter to nature in a post-Covid world. 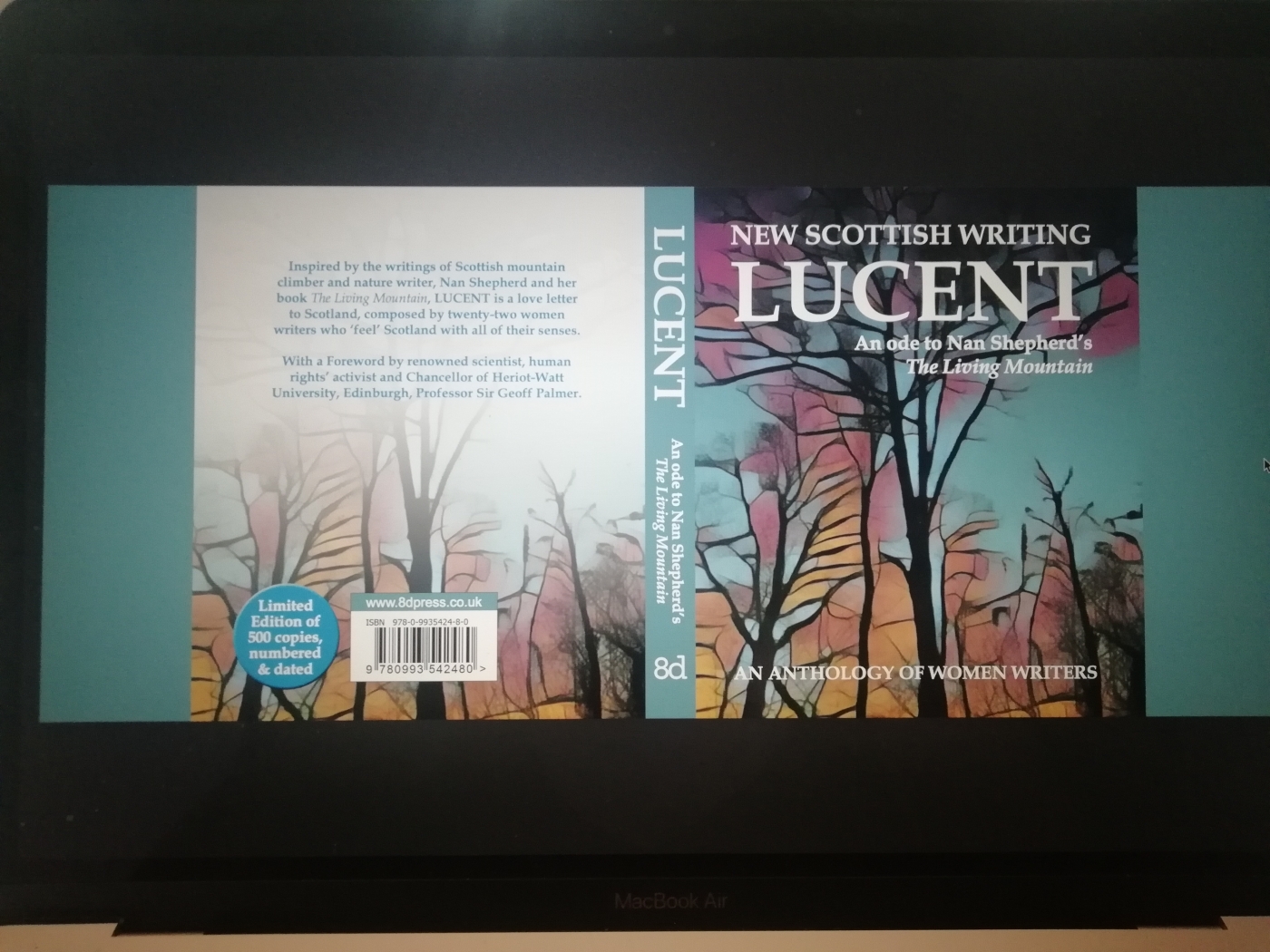 A new Scottish Anthology of Women Writers celebrating the senses will be released on Tuesday 22nd June 2021.

LUCENT, An Ode to Nan Shepherd’s The Living Mountain, published by 8d Press, will feature the poems, prose-poetry, and memoirs of 22 women writers, wariting in Scotland today, who were given the brief to explore the sensuality of Scotland in light of Covid and their lives now.

Prominent Jamaican Scots scientist and Chancellor of Heriot-Watt University, Edinburgh, Sir Geoff Palmer, has penned the Foreword to the anthology which represents a diverse selection of women writers, including women writers of colour and disabled writers.

The idea of the anthology stemmed from the classic Scottish ode to nature, The Living Mountain by 20th century nature writer, Nan Shepherd.

Jo Chumas, a writer, novelist and small press publisher, and who runs 8d Press out of the Studio, in the Heritage Quarter of Dunfermline, Fife, Scotland and who came up with the idea for the anthology said: “I read Nan Shepherd’s The Living Mountain and fell immediately in love with the text. Everything that Nan Shepherd wrote about in her wonderful ode to the Cairngorms rang true with my own experiences of my adopted country Scotland. I became fixated with the idea of producing a tribute to Nan Shepherd and I asked writers to submit their work to me. I was delighted at the quality of the work, the passion these writers showed in their contributions and the diversity which shines through, reinforcing my love of Scotland’s diversity and inclusion for all.

“For me, the most important message is that the senses are key to our experiences. Walking out in nature, being among people, getting outside, ourselves come alive, and this is truer than ever in our post-pandemic world. Nan wrote about how nature and Scotland made her feel, through to the core of her being.”

“Fast-forward eighty years from when Nan wrote her book, her feelings still ring true. The senses are the core of our being,” Jo said. “In Scotland, our senses take in all the gloriousness of this country, from the sounds of the birds to the crystal-like light, to the panoramic views, to the scale of the mountains, to the dramatic seasons and wild open landscapes. Nature soothes us and reminds us of what is important. We are all equal in Scotland, all just a tiny part of this massive, beautiful landscape and every single one of us feels Scotland, feels through our bodies and our hearts our relationship with this stunning country. I wanted to share my obsession with Scotland with the world.

LUCENT – An Ode to Nan Shepherd’s The Living Mountain features up-and-coming women writers with links to Scotland and will be released as a keepsake hard-back book, printed by top UK printing firm Pureprint, in a limited edition of 500 signed and numbered copies. It is being stocked at Topping’s Bookshop in Edinburgh, the Abbot House Gift Shop, Maygate, Dunfermline and is available for purchase through the 8d Press website.

UNESCO and Art Partner – Calling All Young Artists To Respond To The Climate Emergency!