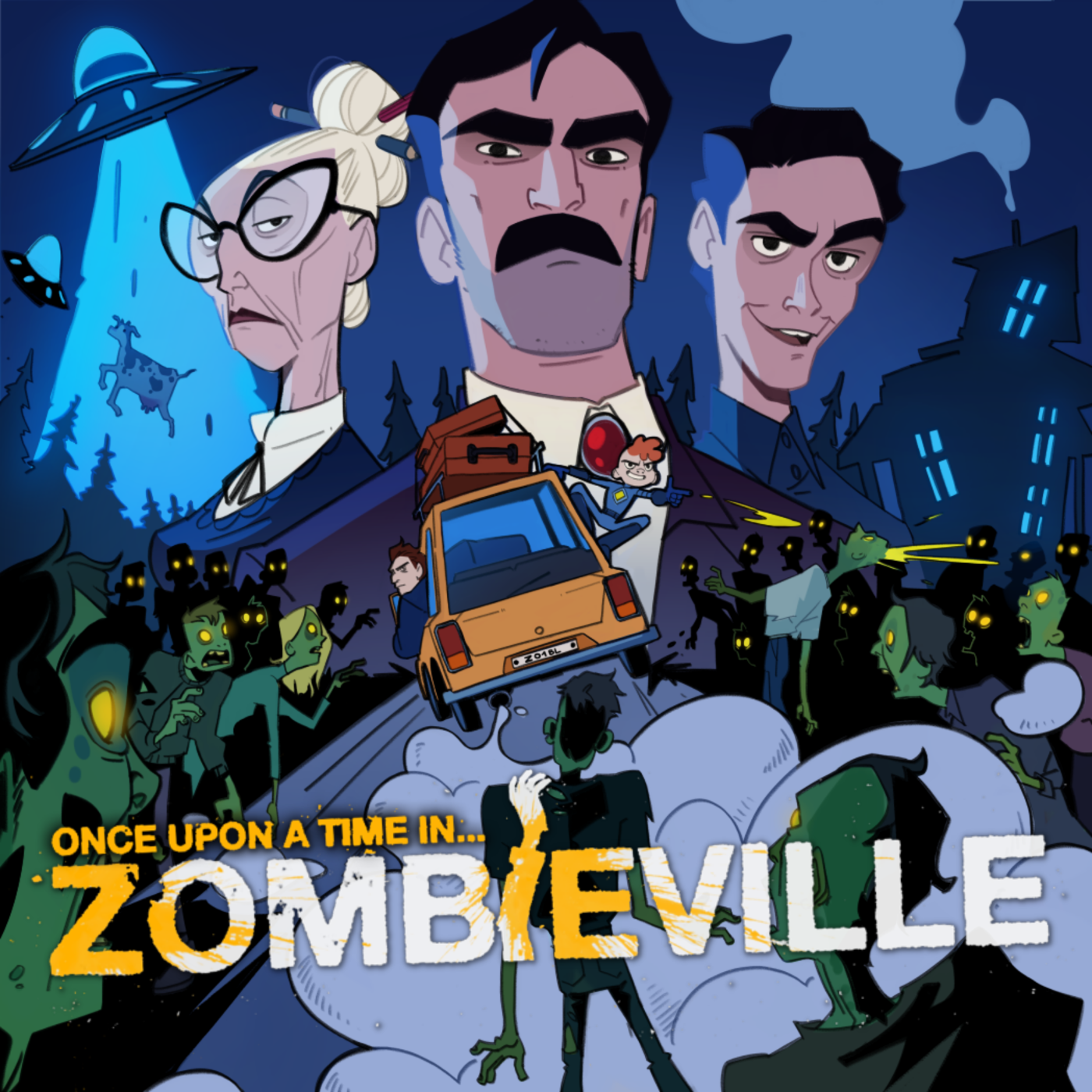 The American writer, actor and comedian stars in series four of the popular kids podcast – which has 10 new spooky episodes streaming ahead of Halloween

Award-winning kids podcast Once Upon A Time In Zombieville has a brand new guest star for its latest series: American comedian Rob Delaney.

Created for 9-12 year-olds, Zombieville has raised the bar for kids audio entertainment in recent years, earning a British Podcast Award for Best Family Podcast in 2018.

The spine-chilling show was recommissioned for a fourth series by the BBC in 2021 – and is now streaming online in time for Halloween.

The casting of Delaney – writer/star of smash-hit TV show Catastrophe – has gone down a storm, demonstrating Bigmouth Audio’s proficiency in celebrity casting.

Bigmouth Audio is an award-winning audio production management company based in Glasgow & Toronto; offering a range of creative audio services across feature film, television, commercials, video games and brand integrated content. The firm is arguably best-known for its voice production work – carving out a niche in video games, animation and scripted podcasts.

A Netflix Partner Studio, Bigmouth Audio has also collaborated with many of the biggest studios in the world including HBO, Disney and the BBC. The company has offices in Los Angeles & Toronto, but all production work is finalised in Glasgow – ensuring Bigmouth Audio continues to play an instrumental role in putting Scotland on the production map.

Company Co-Founder and CEO Stephen Scott said: “We were delighted to get Rob on board for the fourth series of Once Upon A Time In Zombieville.

“Bigmouth Audio specialises in audio production, but what we’re really passionate about is telling great stories.
“We’re a storytelling company – and our projects are all focused on entertaining people and helping them create lasting memories.

“We’re really proud of Zombieville – and it’s been released at the perfect time. Kids are off school in October and Halloween is coming up, and a podcast like this can keep children entertained whilst reducing screen time.”

Once Upon A Time in Zombieville is available to stream and download via BBC Sounds, Spotify and Apple.
For more information about Bigmouth Audio, visit the official website: www.bigmouthaudio.com

‘Through puddles – to cultures’. 1- year photo-project in seasons