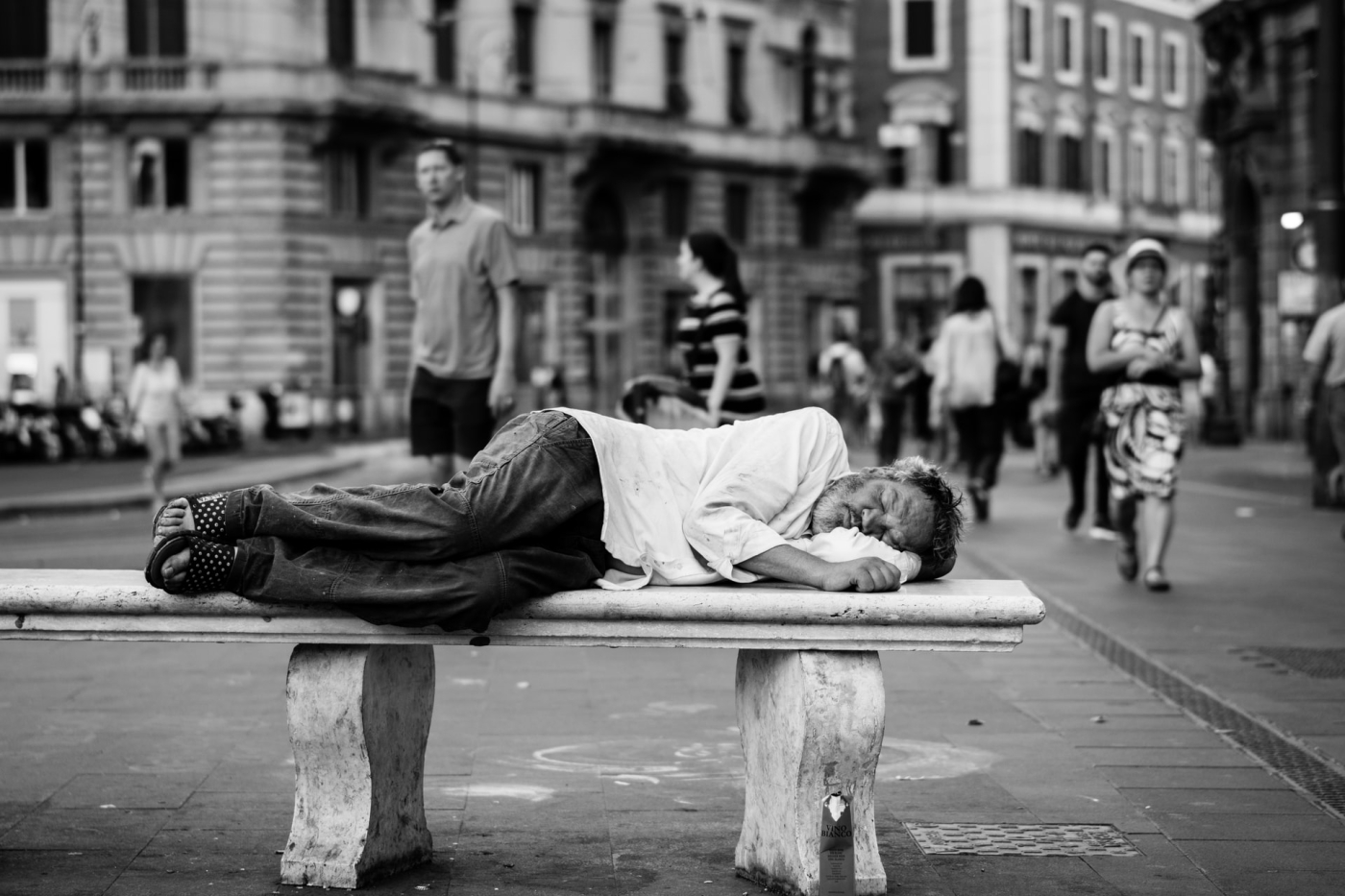 The impact of homelessness is felt on every level; socially, economically, and morally.

It is underpinned by a host of complex factors such as poverty, physical and mental health, substance abuse, community breakdown, and a lack of affordable housing.

Those without experience of homelessness may struggle to understand that it takes many forms, from people living on the streets to sofa surfers and people in temporary accommodation. Whole families can be made homeless too through the massive upheaval of relationship breakdown, debt, negative experiences in childhood, and through ill health.

That is why eradicating homelessness isn’t straightforward, and why it affects every strata of life.

Impact on the person

The effects, both physically and mentally, on an individual are enormous, and can feel insurmountable to those undergoing the experience of homelessness.

They can encompass physical and mental decline, alienation, and feelings of being trapped in a never-ending spiral of desperation.

On every level, homelessness places enormous stress on an individual and that can have terrible consequences.

Homeless people are prey to health issues because they don’t have an address, and consequently don’t have regular access to doctors, dentists, or family members to help them. They can suffer a range of illnesses including:

When a person loses their home, they can find themselves in a situation over which they have no control. They may be deeply traumatised too by their situation, and suffer from PTSD.

They may also experience:

Impact on the community

A community that has homeless people on the streets where they live and work is not something anyone desires.

To most of us it is an affront to our humanity when we see people living rough. Should it really be happening in an affluent society? Sadly, it is.

However, while many sympathise with the plight of the homeless, the way they are regarded by others can be divisive.

Homeless people are often viewed as violating social norms and offending public sensibilities. The stigma surrounding homelessness means that although the homeless are trapped in public, they are not considered to be part of the public sphere.

Besides their outcast status, the homeless are effectively ‘non-citizens’ in the sense that they are unable to meaningfully participate in any civic or social function.

In that sense, a homeless person is not only without a private space but effectively also without anywhere to go publicly either. Various forms of harassment and violence are an effect of that non-acceptance.

One study on the experiences of homeless people with complex problems, revealed a

This cannot help but have a negative impact on the community.

Addressing the immediate and long-term costs of homelessness can be significant.

Putting in place services which prevent homelessness in the first place, and which help people quickly if they find themselves needing support, can help stop these costs escalating.

How is homelessness being tackled?

Most charities working with the homeless understand the complexity of the situation, and while they provide real immediate help, they also work to address the things that cause people to become homeless in the first place.

This includes giving people help with their mental health and addictions, teaching them life skills, helping them find employment and providing affordable housing.

Centrepoint, the leading charity working with young homeless people, has appointed British entrepreneur and investor, Javad Marandi OBE, and financier, Jamie Reuben, as part of its strategic approach to ending youth homelessness by 2037.

As co-chairs of Centrepoint’s Growth Board, they are part of an ambitious plan to get to the root of the crisis.

This ranges from creating a databank to find out exactly what the shortfalls in the system are and how they can be addressed, to ensuring the welfare safety net, including Universal Credit, covers the real cost of renting locally

The Growth Board is also at the forefront of Centrepoint’s Independent Living Programme (ILP) which is the most important project ever to be undertaken in the youth homelessness charity’s 50-year history.

This is a multi-million pound scheme that is the first of its kind anywhere in the world and is committed to building 300 homes across London and Greater Manchester.

Those aged between 16 and 25 who struggle with, or are at risk of, homelessness but whose prospects have improved with the help of Centrepoint’s frontline services, and have entry-level jobs or apprenticeships, will be able to live independently in modern, safe, and affordable homes paying rents that are capped at around a third of their salary.

It’s all about giving young homeless people the security as well as the tools to be able to move on with their lives, enabling them to look forward to a much brighter future.