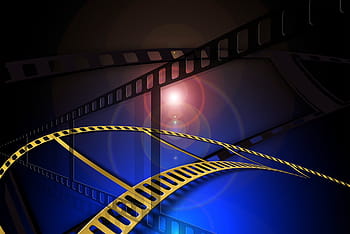 Thanks to the swathe of emotions they offer up, sports stories often perform particularly well when it comes to the box office.

Why? Well, they have it all, don’t they? The highs, the lows, the jubilation, and of course, the commiseration. The narrative thrown out by some sporting seasons is a story film directors look on in awe at. But what are the catalysts for a great sporting film?

The Bleacher Report, in their article “What Makes a Truly Great Sport Film?”, noted how it needs to be underdog story, the actors depicting the sports stars need to actually look like they play sports, and there needs to be a happy ending.

Is that technically true? Well, there’s only one way to find out. Using Rotten Tomatoes ratings, SkateHut scoured through the masses of sports films released over the past 20 years, detailed for you the best of the best in that discipline, and looked at whether or not they fulfil the so called necessities of a ‘truly great sport film’.

Football (or soccer if you’re that way inclined)

Having excelled in previous roles playing David Frost and Tony Blair, Michael Sheen truly shone when taking on the challenge of Brian Clough. Damned United is based on a true story, that of English football manager, Brian Clough, his rapid rise to fame, and even quicker demise. Unlike the happy ending expected in most great sporting films, there was no such luck on this occasion — but we’ll leave that for you to discover!

Tom Hardy and Joel Edgerton play two brothers who have been estranged for many years and are living very different lives. Through circumstance, the brothers find themselves competing in the same MMA cage fighting championship while their alcoholic father watches on. The plot, mixing love and battle, exists as the perfect recipe for a successful sporting film, and it certainly doesn’t fail to deliver.

Based on the true story of Billy Beane (Brad Pitt), Oakland Athletics’ General Manager, Moneyball is the story of one man who attempts to change baseball forever, breaking a mould that had been in place for more than 150 years. Despite major criticisms of his methods, using data analysis to scout players, Beane succeeded, as did this production.

Movie: The Greatest Game Ever Played

“Golf is a game for gentlemen, it’s not for your kind”, is what 20-year old Francis Ouimet caddy was told by the PGA. Francis, however, was not going to roll over and have his dreams shattered in front of his eyes. This is a real rag-to-riches story that one simply couldn’t be won over by. It was voted the best golfing film of all time by nationalclubgolfer.com.

This documentary-style film headed up by world class skater Stacy Peralta is narrated by Sean Penn and follows the story of eight young teenagers in Santa Monica. Known as the Zephyr Team (owing to the label Z-Boys) the story of these kids is truly remarkable, as they help the discipline of skateboarding transcend into the mainstream.

The Dunlop family from Northern Ireland is synonymous with the sport of motorcycle road racing and their story is utterly remarkable. This documentary compiles footage and interviews of two generations of riders, the success they experienced, and the tragedy the family has suffered. Fellow Northern Irish countryman Liam Neeson narrates the tale.

Perhaps one of the greatest non-fiction sports stories of all time, Invictus depicts the story of the 1995 Rugby World Cup. Apartheid has just been dismantled in South Africa, they are hosting the tournament, but the rugby team aren’t expected to perform well, all until President Nelson Mandela (Morgan Freeman) and Captain Francois Pienaar (Matt Damon) develop a shared vision.

Micky Ward (Mark Wahlberg) has spent his entire career as a boxer being used as a steppingstone for other fighters. Trained by his elder brother Dicky, (Christian Bale) a former boxer and crack addict, Micky eventually recognises that he is destined for failure. But what happens when his brother is removed from the equation? Based on a true story, The Fighter story includes everything that you could want from a great film — management politics, addiction, failure, and, ultimately, success.

Doug Glatt (Seann William Scott) is cast into the ice hockey limelight when he knocks out a player who had come into the crowd while spectating. Off the back of his punch ‘thrown from the hands of God’, Doug is awarded a contract, but his role is not to play hockey, it’s to act as a ‘Goon’ protecting his fellow teammates. The story follows Doug’s career in the NHL and his budding romance with Eva.

Having just pipped Rush to the post as the greatest F1 film of the 21st century according to Rotten Tomatoes’ ratings, Senna is a documentary film that follows the life of Brazilian driver Ayrton Senna and his ten-year career in the championship. Calling upon interviews with his family and racetrack footage, the film focuses much of its attention on Senna’s rivalry with Alain Prost.

So, there you have it, the greatest films of the century based around some of the world’s most beloved sports. Furthermore, the Bleacher Report wasn’t too far from the mark in regard to their suggestion of what makes a great sports film. Now, it’s time for you to grab the popcorn and indulge in them all!

List of All the Best Fruits for Weight Loss