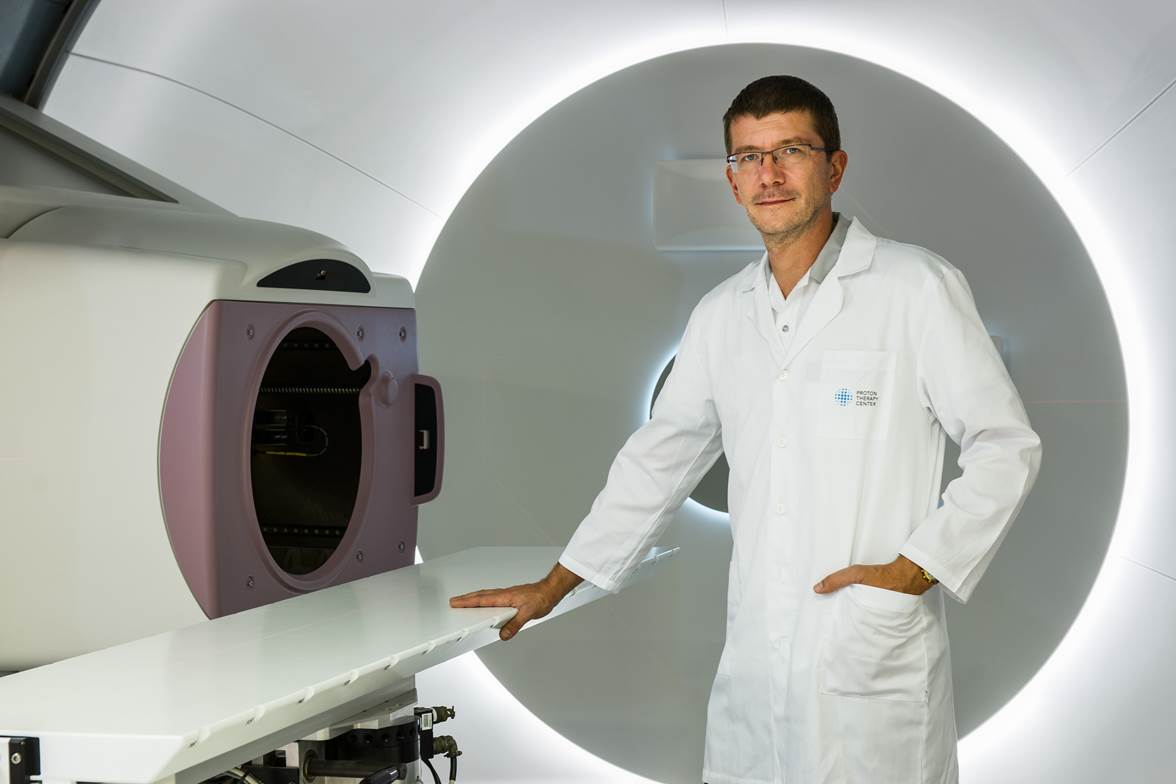 ONE of Europe’s leading private cancer treatment centres has appointed a new UK representative amid a growing demand for proton beam therapy.

The clinic made international headlines in 2014 after treating UK toddler Ashya King, who was taken out of NHS care by his parents against doctors’ wishes, sparking an international manhunt.

Since then the PTC has treated more than 150 patients from Britain and Ireland, as awareness of the benefits of proton beam therapy spreads.

And now the Center has appointed London-based Dr Tomas Bozek to act as a vital contact and advisor for UK patients.

Dr Bozek, who has practiced as an oncologist and palliative care physician in the UK and is headquartered at his clinic on Wimpole Street, West London, says: “Public awareness about what proton beam therapy can offer is growing rapidly and I am happy to be the first point of contact.

“I’m here to offer advice and support for UK patients who have an interest in travelling to the Proton Beam Therapy Center in Prague.

“I’ll be able to assess them for suitability, review all relevant documentation and liaise with the centre to make the necessary arrangements.

“But it’s also crucial they’re supported once they return to the UK following treatment.”

The NHS has invested heavily in proton beam therapy in recent years.

A second NHS facility at University College London Hospital in London is due to begin treating patients in 2020.

But Dr Bozek – born in Prague and a Czech speaker – says the NHS will only be able to treat a fraction of the UK patients who want proton therapy.

He explains: “As these NHS centres open and begin to treat patients, demand for proton beam therapy will surge. Views are changing fast.

“While the NHS is committing to proton beam therapy, the two new centres will still only be able to treat a relatively small number of patients. The plan is to treat children predominantly and a very limited number of adults. ”

The Proton Therapy Center opened six years ago and has already treated 3,000 patients.

They aim to treat all diagnoses suitable for proton therapy – including cancers of the brain, central nervous system, head and neck, prostate, lymphomas and breast – and say there are only a handful of facilities in the world able to treat breast cancer do so – none in the UK.

Some UK insurers now cover the cost of treatment in Prague for some UK patients.

Dr Bozek, a graduate of Oxford University Medical School and a Fellow of the Royal College of Physicians of London, says he’s he has already referred two of his patients to Prague for proton beam therapy treatment, a brain cancer patient and a prostate cancer sufferer.

The PTC, headed by medical director Dr Jiri Kubes, now treats around 1,100 patients from around the world each year.

Unlike traditional X-ray radiotherapy – such as intensity modulated radiotherapy (IMRT) – proton therapy uses an accelerated ‘pencil beam’ of positively-charged particles, travelling at 100,000 miles per hour, which is said to target the area with pin-point accuracy and has a better chance of shrinking the tumour.

While X-rays pass all the way through the body, damaging sensitive tissues around and behind the tumour site, proton beam therapy particles stop at the tumour, reducing collateral damage and future ‘secondary’ cancers.

The price of the shortest treatment schedule in Prague is around £23,000, which the PTC say is ‘much lower’ than the price of comparable treatment in the UK.