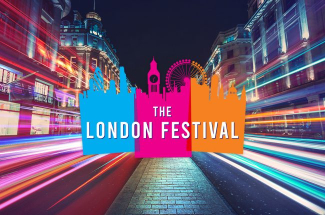 Empower London Foundation has formally announced plans for a vibrant new festival of arts, music and culture which will take place in the capital to raise money for a host of the city’s charities: The London Festival. The showcase promises to be an extravaganza of live music performances, city-wide cultural events, engaging new technology and feel-good entertainment.

A fully immersive and technologically advanced event the likes of which the capital has never seen before, visitors will be invited to step back into the past in six spectacular fully-sized ‘festival lands’ which trace the city’s evolution its Roman beginnings, through the often gruesome medieval period and on to the later Georgian and Victorian periods.

Thrill-seekers and modern history buffs can also revisit the wartime spirit of the capital with remarkable reconstructions and interactive, immersive sets which enable visitors to see and experience the capital like never before thanks to augmented reality.

With plenty to see and do, visitors can sneak a glimpse of the technology of the future at the innovation hub, shop ’til they drop at the London Market which will showcase the creative wares of over 200 of London’s vibrant independent retailers and designers or even get involved in a plethora of community-led classes and creative workshops at the outreach zone.

There are also a variety of cultural treats on offer including an interactive art gallery where viewers can ‘step inside’ art to enjoy a fresh perspective on the piece and a new world pavilion where the culture of Hawaii will be the focus of the 2023 launch event.

For music and performance lovers, a selection of bands, performance artists and VIP special guests will be on hand to perform each day, with the twist being that visitors will have the deciding vote on the final lineup thanks to an online, real-time voting system.

To underline the ethos of support for creativity, all amateur performers and bands will receive grants to help them further their careers and continue to support the creativity of Londoners.

With a firm emphasis on education and accessibility for all, The London Festival‘s organisers have also created a dedicated safe zone for children with animations, a play area and baby zone staffed with childcare professionals.

The London Festival will take place in the capital across a two-week period in summer 2023 with 100% of all funds raised dedicated to providing vital financial support to organisations running educational programmes, offering support for entrepreneurs and rolling out public awareness campaigns to underprivileged communities, under-realised individuals and disadvantaged children across the capital.

The initiative has already received strong support from most London MPs and Assembly members with organizers now approaching the Government to involve them in the overall project.

David Knights, an Empower London Trustee said “Bold, brave and completely different to anything that’s ever been done in the capital before, we’ve got big plans to make The London Festival one of the not-to-be-missed events in the capital and attract visitors from all over the world.

“With an ambitious goal of raising £150M for charitable causes over 10 years from ticket sales alone, the London Festival is set to be inclusive, exciting, immersive and aims to celebrate the best that the capital has to offer thanks to our unique partnership with event experts the Nascent Vek Group and support from government officials and local community groups.”

To find out more about The London Festival and for further updates on the 2023 line-up visit: https://thelondonfestival.com/
About
Empower London Foundation is committed to raising funds to better the lives of disadvantaged communities and underappreciated individuals in the capital by partnering with reputable charities and public sector organisations.By raising money via an annual two-week long event known as The London Festival, the charity seeks to provide funds to many charities operating in the capital in order for them to provide educational programmes, funding for startups and to help fund public awareness campaigns on important topics that affect communities in the London area. It has committed to a ten-year plan for the The London Festival.Published on PRFIRE