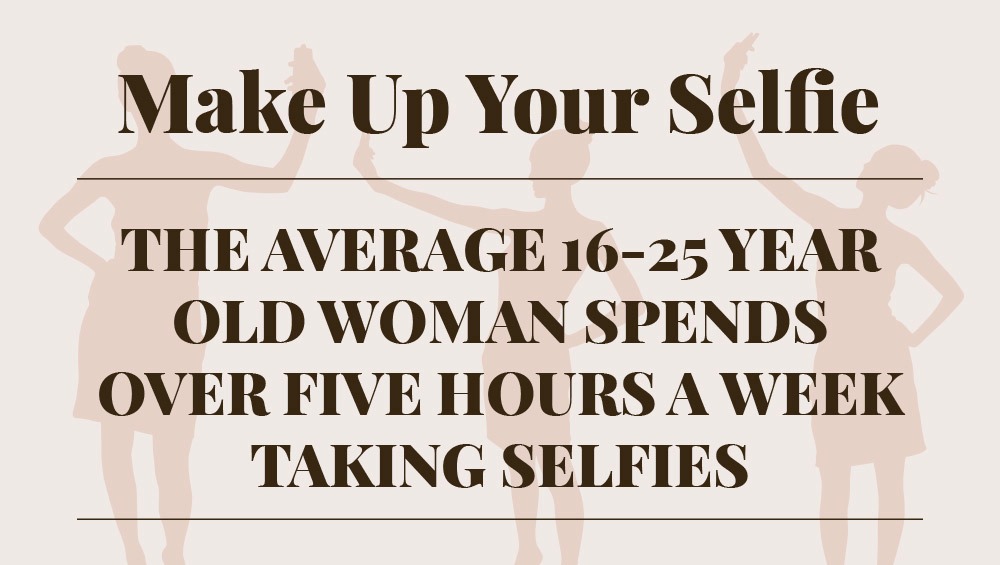 When it comes to taking selfies for our online social accounts, there’s no doubting that we’re a greedy bunch. In fact, the average 16-25 year old woman in the UK spends over five hours per week taking selfies – that’s 16 minutes spent perfecting each individual selfie, with an average of three images per day.

This routine takes 48 minutes out of the standard woman’s day, accounting for 5.5 hours per week. It usually takes these women seven image attempts before deciding on the perfect one!

According to Feel Unique, 57% of people class finding a space with good lighting as part of their selfie-taking routine, with 46% admitting to styling their hair, 33% re-doing their makeup and a further 4% applying fake tan.

One in three women admitted to using their sexiest selfies to catch the interest of a potential love interest. 22% of those surveyed answered that they take selfies to get attention from somebody they fancy, with another 15% expressing that their selfies were intended to make somebody regret cheating on/ending a relationship with.

Whilst only 27% of those surveyed only taking a photo of themselves because they look good in that moment and want to share it, 18% regard it as a ‘confidence boost’. A further 16% viewed their selfie-taking routine as a ‘test run’ for when they get photographed later in the day.

Further to that, 5% of those surveyed admitting to taking a selfie on the toilet!

This infographic created by Feel Unique shares the amount of time an average woman takes to perfect her selfie, along with the reasoning behind why we’re a selfie-obsessed nation.

How long do you take to perfect your selfie? How many attempts do you make before deciding on the perfect photo?