82% of UK Adults Admit to Holding a Long-Term Misconception 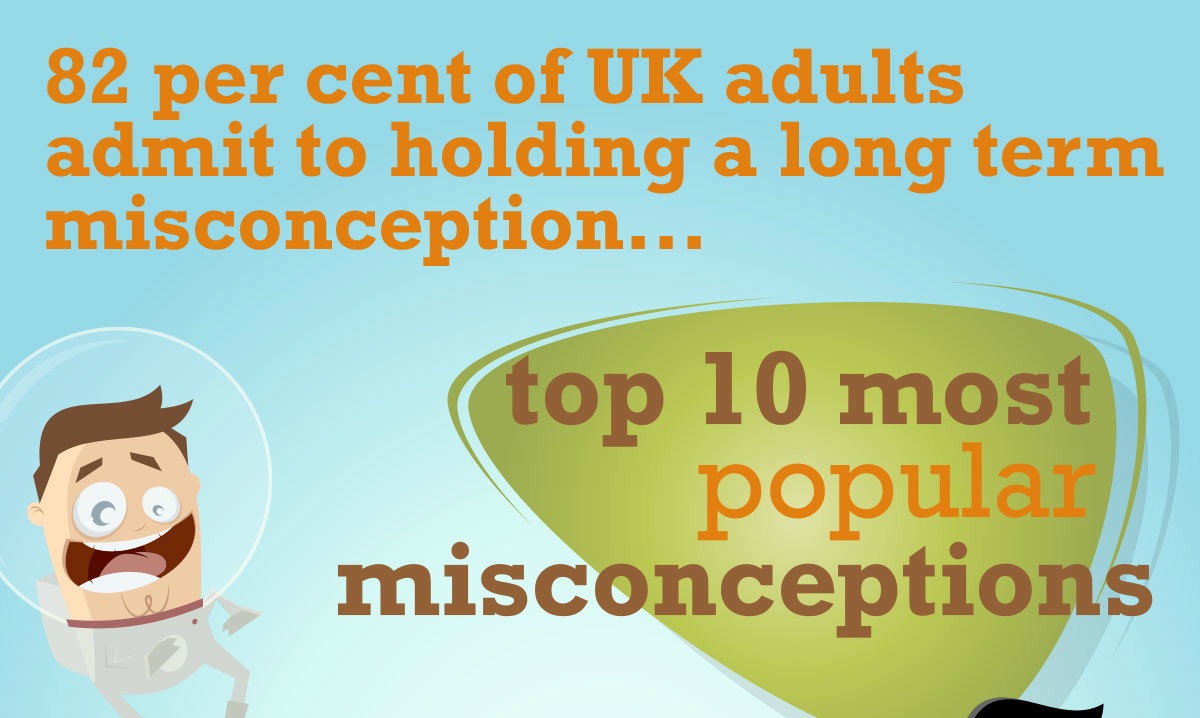 Despite being a brainy bunch here in Britain, it seems like we still can’t let go of our long-term misconceptions about the world (and everything in it!).

According to this survey conducted by Ripleys, 82% of people in the UK admit to holding onto a long-term misconception that simply isn’t true.

The most popular belief was that coffee is made from beans and accounted for 74% of all people.

69% of those surveyed still believed that a chameleon changes colour to match their surroundings.

A staggering 57% of people think that Mount Everest is the tallest mountain in the world and 54% reckon that they could see the Great Wall of China from outer-space.

Although we’re a nation of dog lovers, it looks like we aren’t that familiar with the lives of our pets. 54% of people think that one human year is equal to seven dog years.

Half of all people asked still thought that there are different parts of your tongue that detect different types of taste. Again, it’s simply not true!

In the survey, 47% of people still had the misconception that a peanut is a type of nut taking ninth place. In the tenth spot is the belief that giving children sugar will make them hyper, with 46% of people admitting to believing.

Here are the full statistics in the infographic below, created by Ripleys:

What is the biggest misconception that you still hold on to? Is it mentioned in this infographic?