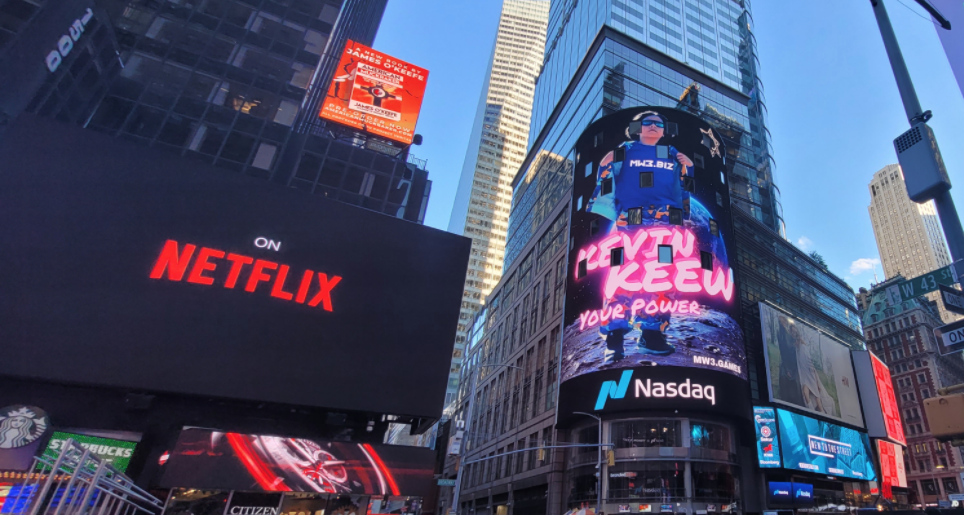 Kevin Keew is launching his own website, which will allow independent musicians to publish their music and distribute it to the world for free.

The young entrepreneur was recently featured on Nasdaq’s iconic billboard in New York City.Now, Pophits.co has launched as an innovative music distribution platform for the independent artist industry.

With almost a million Instagram followers, the singer is a good gamer and a great businessman. He developed three businesses based on inclusive social action aiming for social responsibility, making business and social aspects work harmoniously. As a gamer and entrepreneur who adores games such as Roblox and Minecraft, which have blocks as their built-in features to let users plan and build digital worlds, he had similarly made his own company.

Quoting Kevin, Pophits.co is ” The most valuable platform for music distribution because of its social purpose.”

Kevin’s music distribution platform Pophits.co distributes the music of independent artists and labels to more than 150 music stores worldwide and continues to do so as new stores become available, including TikTok, Facebook, and Instagram.

Pophits.co is not Kevin’s only business venture. He has launched two other businesses with socio constructive actions in mind.

Music TV channel SuperPop.TV began as a music programming for streaming services, such as Roku and recently expanded to Amazon Fire and Apple TV.

The MW3.biz network for career development is built on an e-learning platform and the knowledge and experience accumulated over the many years of innovation.

This network is primarily targeted at independent artists and is also for performers, musicians, dancers, influencers, bloggers, and gamers.

The three elements of this business chain, according to Kevin, provide independent artists with an opportunity to learn, gain confidence, receive feedback from other artists, be seen, and have professional experience.
Thus creating a worldwide network of independent professionals to collaborate with exclusively for members of the MW3.biz Casting Network.

Additionally, investors understand the importance of being part of a platform that can help improve artists’ professional skills while also having the opportunity to participate in an intercontinental social project.

Kevin’s social involvement is the socially constructive action he takes in the Brazilian favelas to combat Child Sexual Slavery. Kevin began these efforts in New York before extending to Brazil and the United Kingdom, impacting three languages, three countries, and three continents simultaneously.

Kevin’s socio-constructive campaign is called #SaveBoysLives, the number 333 has an additional meaning for Kevin as this socio-constructive action saves even 3-month old babies’ lives, he reveals that the first 333 members he is waiting for are coming for the first formation of an army of visionary independent artists.

Those kids are being rescued from sexually exploitative situations and relationships by institutions that manipulate or force them to perform sexual acts or to have them performed on them in return for gifts, drugs, money, or affection, aiming at their reintegration into society.

Kevin says it’s crucial to get support from others and asks for collaboration and assistance. In preparation for 1,050,000 members, Kevin welcomes all independent artists to the network. As no one addresses this topic, he believes he will achieve the goal. Kevin is still a child but with an incredible commitment to his work.

Kevin didn’t stop working on his next music videos, and his new single is already on YouTube and delivered to more than 150 music stores worldwide by POPHITS.co, including all social networks as Facebook, Instagram, Youtube and TikTok, to use on stories and reels.Br-Pop is the title of Kevin’s new song, also the name of this new music genre the gamer is spreading in Europe, mixing EDM with Forró, a very traditional Brazilian music genre that put everyone to slide their feet and dance together all night, from “Nordestina Culture”.

Part of Kevin’s family is from the Northeast region of Brazil too, where Forró is very popular. The singer guarantees it’s gonna be a success on TikTok as nobody can avoid dancing while listening to it. This is the Brazilian influence gaining the world through TikTok.

“I would like to take the opportunity and invite all influencers to do a dance with my song Br-Pop, this is the Br-Pop challenge, and please use hashtag #SaveBoysLives.I am working on a socio constructive project called YOUR POWER #SaveBoysLives, and the song Br-Pop is part of it.

We are giving voice to 3 months old babies who are being rescued from international Child Sexual Slavery schemes.Br-Pop is not only a song, but it’s actually a movement calling for influencers to raise their voice, and through their dance on TikTok, Instagram and Facebook, doing a short choreography using my song BR-Pop, we will make sure the world pay attention to the topic Child Sexual Slavery.

The best dancers will be interviewed and promoted on the international music TV channel SuperPop.TV, on stream services such as Roku, Amazon Fire and Apple TV, also on web news portals on promotion supported by sponsors and partners.

Please use hashtag #SaveBoysLives then we can find you.