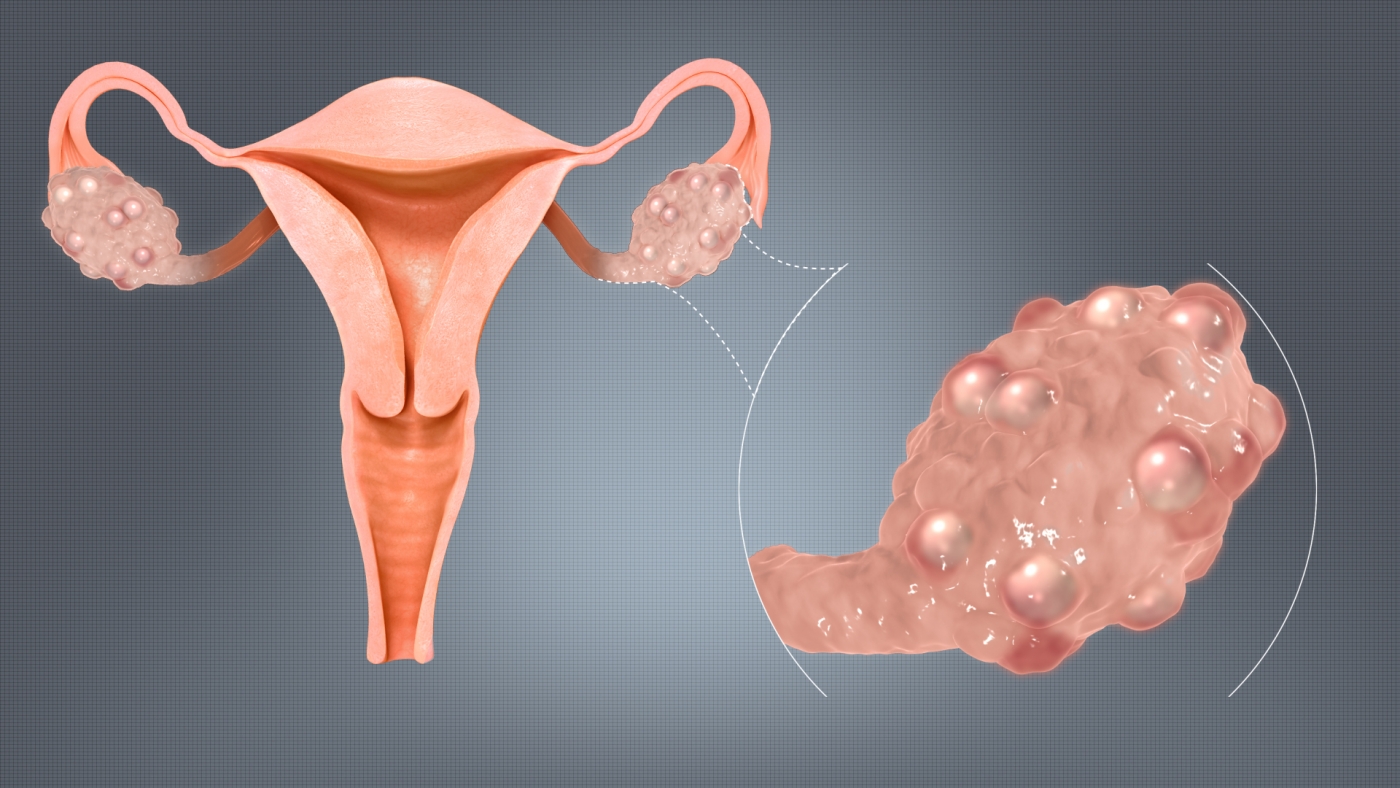 Polycystic ovary syndrome (PCOS) is a health problem that affects 1 in 10 women of childbearing age. With this in mind, we have an aim to promote further knowledge and research into this little-understood disease.

The NHS report that 1 in 5 women in the UK are currently affected by PCOS, but what do we really know about the condition? It’s imperative that women have a clear understanding of their reproductive health, but the stigma surrounding PCOS often stops people from discussing it.

In this article, we will take you through everything you need to know about PCOS.

What is PCOS and how does it affect women?

Many people think that having PCOS means that you will have cysts, but this is a myth. The follicles are underdeveloped sacs, and typically eggs will form within them, but in cases of PCOS these sacs cannot release the egg, inhibiting menstruation as a result.

Women’s reproductive processes are in fact largely controlled by hormones. Polycystic ovary syndrome is a condition which affects women’s hormone levels, specifically involving the production of androgen — male hormones. This imbalance can lead to irregular periods, meaning that your ovaries are not releasing eggs regularly.

What symptoms do you need to look out for?

Although most women with PCOS show symptoms during their late teens or early twenties, it can affect you at any age. The severity and range of symptoms experienced is likely to differ between people, but some of the possible signs to look out for include:

You should contact your GP if you have experienced any of these symptoms. The problem that many women face with PCOS is that it is often misdiagnosed with a whole array or other conditions that can mimic the symptoms, making the diagnosis a long, difficult process sometimes.

Niamh, 22, described her experience and diagnosis:

“I’d experienced severe cramps that were getting in the way of my normal routines, as well as period irregularities, so I was really concerned at the time.

“Before the PCOS diagnosis, my doctor suggested trying over the counter painkillers, but after few trips back to the surgery I was finally told that I had the condition”.

You should familiarize yourself with your body and what’s normal for you, and if you have any concerns, your GP should be your first port of call.

Some of the most common symptoms of PCOS include heavy or irregular periods, which can be hard to manage. Your period shouldn’t get in the way of your normal routine, so make sure you look for the right product for you, with the correct absorbency for your flow.  Non-applicator tampons are a great alternative to regular organic tampons, and they come in a wide range of absorbencies too to suit those that require tampons for heavy periods. By finding the absorbency that suits your individual flow, you won’t have to worry about leaks.

How can PCOS be treated?

There is no cure for PCOS, but the symptoms can be managed. After a woman is diagnosed with the condition, various medications might be prescribed by a doctor following diagnosis. Clomifene is usually the first option prescribed to help ovulation resume, or metformin, used commonly to treat type 2 diabetes, can be given to women — although for PCOS it is used ‘off-label’ as it isn’t actually licensed for treating the condition in the UK. There’s also medication options for targeting other PCOS symptoms such as acne and unwanted hair loss/growth.

Becca, 24, spoke about the treatment options following her PCOS diagnosis: ”People are very unaware of how different the symptoms can be, and treatment needs to be quite personalised”.  As well as the options we’ve discussed, there are treatments based on naturopathy that women could opt for. For PCOS, it is important that as women, we deconstruct the ‘one size fits all’ approach to managing the symptoms, both visible and not.

Becca added that,” it is possible for treatments to mask your symptoms rather than alleviate the root of the problem — and some women don’t even get a PCOS diagnosis before they’re offered medication for the signs”.

The correlation between PCOS and fertility

For many women, fertility after a PCOS diagnosis is a big concern, but the condition doesn’t have to affect it. With treatment in place, getting pregnant naturally is possible, and there are multiple medications which are commonly prescribed to treat symptoms but also to stimulate fertility. A fertility specialist will be able to provide more guidance for women who have PCOS and struggle to conceive naturally.

Positive steps to pursue for managing symptoms and boosting fertility include modifying your diet and lifestyle and if you do fall pregnant, ensuring that you have the best maternity pads. Some women do require further help to get pregnant in PCOS cases though, and in vitro fertilisation might be recommended.

Unfortunately, PCOS is rarely discussed, so people tend to know very little about how it affects our bodies. Jade, 23 described her frustration during her PCOS diagnosis: “From my experience, PCOS isn’t treated with enough sensitivity, and as few of the symptoms are visible, people can often pass it off as period pain, which makes you feel invalid”. She added, “I went through so many tests, from bloods to thyroid examinations, with no clear diagnosis, it felt like I was just being passed back and forth between doctors”.

As every woman experiences the symptoms of PCOS differently, experiences can vary from person to person and some may only suffer mild symptoms. All of the women that we spoke to expressed an unawareness of the condition prior to their diagnosis, and this poses the issue of education — should schools be sharing more with their female students on this, in order to develop better understandings of our intimate health? Tackling a taboo of this nature is essential, in order to help women normalise their experiences and seek the right guidance and healthcare. It’s important to know what’s normal for your body and talking about it is the first step!