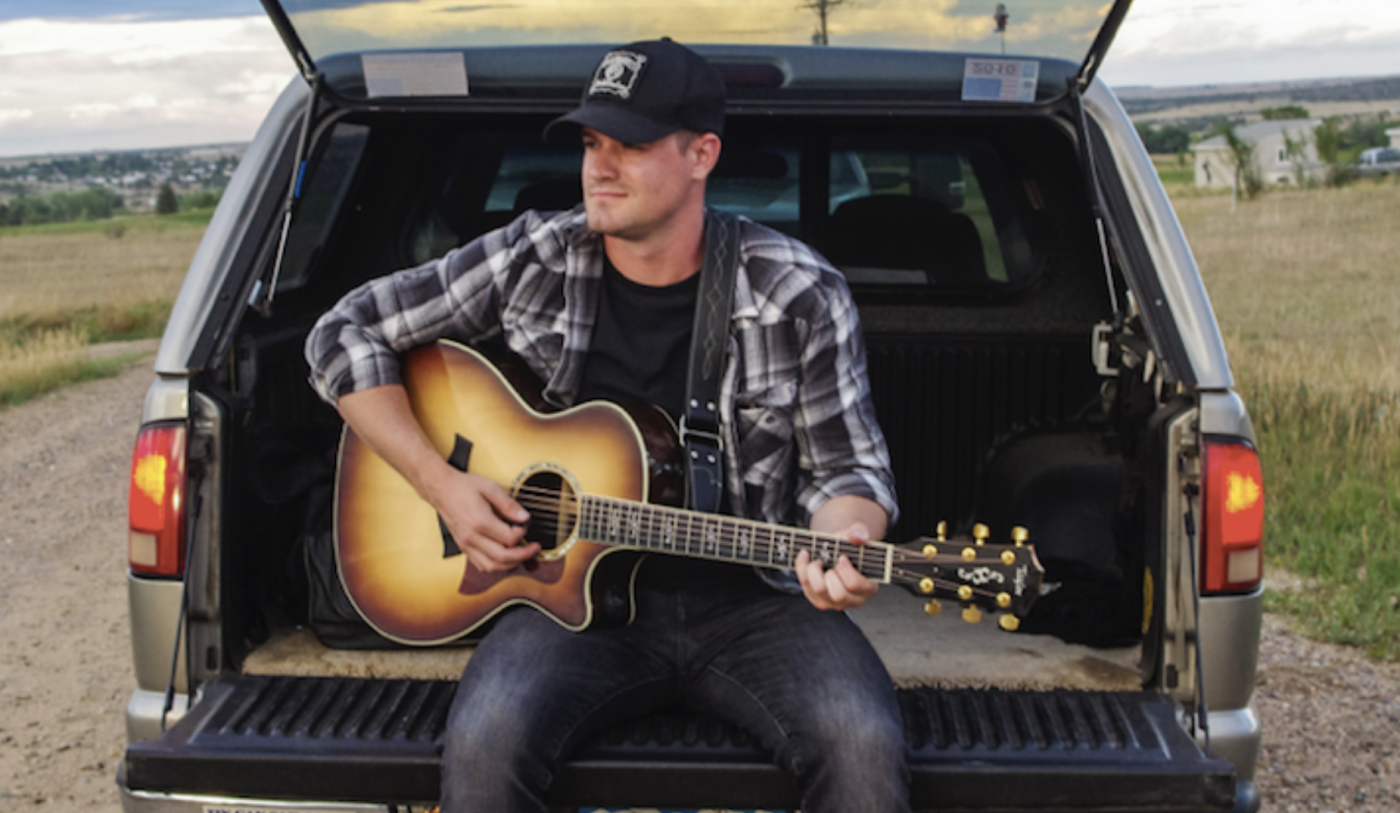 Colt Sterk – 5th December 2020 – Eagle, ID – has released a new original track inspired by his late Grandfather, James Sterk. Colt Sterk is a graduate from the US Military Academy at West Point and a US Army Blackhawk Pilot but previously was able to spend a semester at the US Air Force Academy. Colt comes from a military background with both of his grandfathers serving in the Navy in Korea and Vietnam. During his time at West Point, Colt’s Grandpa Jim lived in Colorado and lent him his old Chevy S-10 so that he could visit him on weekends. The single is about that exact truck and the amazing experiences he had in it during those few months. Colt started making music as his other grandfather, Rick Abercrombie, used to be a folk singer/songwriter and was also a US Navy Veteran.

While his Grandpa Rick was stateside, he would play at local bars and venues close to his bases. He is the one who then went on to give Colt his first guitar and taught him his first few chords. Since then, Colt developed a passion for singing and sharing his life and experiences through music.

The track “Grandpa’s Truck” takes influence from Eric Church, Kip Moore & Jake Owen and is a contemporary Country song with elements of Pop. It’s a feel-good track which would be right at home on a Road Trip playlist. Colt wanted to stay away from the synthetic sound style when writing, to keep it as raw as he could. This was so that what can be heard on the track can be heard in a concert, as Colt is a keen performer.

“The first gig I ever played was on the 4th of July at a local brewery in Dothan, Alabama called Folklore. I was stationed near Dothan for flight school for the Blackhawk. In the middle of the first song of my set, a large party bus that could barely squeeze on the dirt road to the brewery pulls up and drops off 40 of my friends and classmates. The owners thought the bus driver had taken a wrong turn until everyone poured out and started chanting my name in support. It brought tears to my eyes and I had to fight through the first song. “ – Colt Sterk

When it comes to Colt’s full EP, it’s filled with songs that tell stories of his experiences, mostly finding love. An extended version of Grandpa’s Truck will lead out the EP in the form of an outro he wrote after his Grandpa passed and speaks on how precious life is, how time flies by a little bit too fast and resisting the full experience of life and being in the moment leads to regret.

“Changed Her Mind” is a song about the aftermath of a breakup and fighting that urge to call your ex, whereas “In Your Eyes” was written after playing a gig and seeing a girl in the audience. It has a fun, bright and hopeful sound, and speaks about building confidence to approach her and finding something new and exciting.

The mood and tempo changes with the third track “Mistake” a stripped-back acoustic song about fighting through struggles of a long-distance relationship and considering whether or not continuing is a mistake. The same can be said for “Cherry Stem” a lustful track that closes the EP with a driving, sexy, heavier country-rock song about a female bartender who makes the best old fashioned he’d ever had – and ties knots in Cherry stems with her tongue.

Colt has produced and recorded his debut single and EP independent of a label, and he says the process has been incredible. His producers, Rocco Santucci, Dominic Santucci and Marco Santucci of Sant Invictus Records, are friends he has had since he was 12 years old. The process has come full circle, as they would write music together as children and record them on their home recording stations. It’s one of Colt’s fondest memories as a kid, and it makes them laugh listening to what they recorded years ago. Fast forward 12 years later and the Santucci Brothers are graduates of Catalyst Music, Berlin in Music Production and Sound Engineering.

The process of recording Colt’s first single began when Rocco called him two days after he graduated and promised Colt would be the first artist he and his brothers produced. It took two years and three trips to Berlin during Colt’s deployment to Europe to get everything recorded for the entire EP. The single was prioritized first by an incredibly talented Italian Mixing Engineer, Davide Molinari, with him continuing work on the rest of the EP due for release in Spring of 2021.