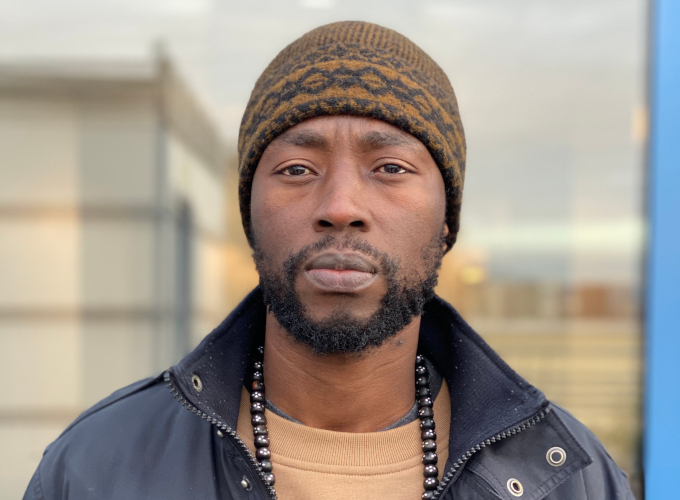 Oslo, Norway, Jan 02, 2020 — B-Da Sufi is an independent hip-hop artist from West Africa. B-Da Sufi was born in Gambia but grew up in Senegal and his given name is Babacarr Joof. He was 17 when his path from Babacarr to B-Da Sufi started. The year was 1996 when he was immediately inspired by the music and started to openly address important topics such as slavery, poverty, and politics with his talent.

B-Da Sufi is now residing in Oslo, Norway, where he has developed a multilingual style of rapping. B-Da Sufi raps in English, Norwegian, Wolof and other languages. The blending of different languages gives B-Da Sufi a unique and interesting style of hip-hop.

He has released 5 studio albums and ‘Ethnicity’ will be his 6th album. In 2013, he released an album called ‘Hip-Hop Still’ then in 2017 he released ‘I Wish’. It’s still available on digital platforms. Sufi also did a tour for this album in Norway. 2018 also saw the release of another album called ‘Flowing Into the Blues’ and he did a tour of Africa with this album.

Prior to the launch of this new album, B-Da Sufi dropped a new song called ‘ Warm-up’, a precursor to ‘Ethnicity’, which will be released in 2021.

B-Da Sufi calls this new album ‘Ethnicity’ because in Senegal and Gambia. there are diverse ethnic groups and with each comes its own rhythm and melodies. Sufi’s aim with this new album is to bring these colors into one project to show the world the gems that these 2 countries have. Each track on this album tells a different story

Track 1- ‘Welcome to Europe’ ft. Marcus – Norway, talks about people that come to Europe for a better life and venture into different ways of achieving it.

Track 4 – ‘Celebrate’ ft. Ilam – Senegal/ Canada- talks about celebrating life, the blessings I have in my life, what I’m grateful for and what I believe in.

Track 5- My Journey ft. You Mkj – Senegal, talks about B-Da Sufi’s journey in music how he started, what he’s done, his experiences and the level he is today.

Track 6- ‘Sama Style’ feat. Fuk n Kuk – Senegal, talks about our styles. The type of music we do and the reason we chose to do it that way.

Track 7- ‘I Am’ feat. Barhama – Gambia, talks about the diverse ethics we have in Africa especially in Senegal and The Gambia. We all come from different ethnics, but we’re all humans, which makes us one people. I am: Simply means I am you and you are me. We are one.

This album will be one to remember for years to come. Ethnicity will be available online and in stores come in 2021.

Visit the newsroom of: prpocket