4 in 10 Brits Feel Unappreciated by Their Boss 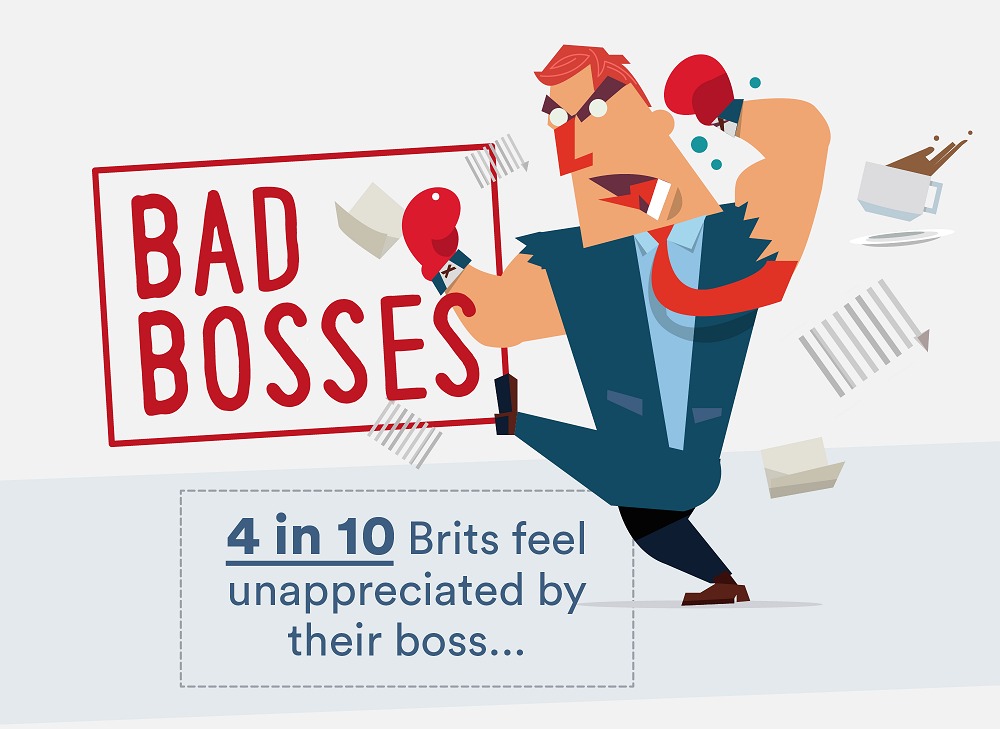 Think about how you feel within your current job. Are you happy there and have a boss as a positive influence on your work, or do you constantly feel unappreciated and undermined by them?

It also seems like we aren’t overly friendly with our bosses as 62% wouldn’t class their employer as their “friend”, and only 2% of those surveyed would consider their boss to be clever.

On the other hand, 85% of people expressed that they had a good relationship with their boss and that the ideal manager would be aged 45 with just two children.

The traits that were voted for a “good boss” included that they would be approachable (53%), respectful (46%) and supportive (40%).

According to the survey, 33% voted that Richard Branson would be a great boss, followed by Bill Gates with 22% of votes and TV presenter Phillip Schofield with 20%. Simon Cowell and Steven Speilberg also made the list.

Two times more men than women think that Roy Hodgson would be a great boss and 20% of women voted for Simon Cowell (as opposed to just 12% of men voting for the media mogul).

Taking the hit as the most likely to be the worst boss were Katie Hopkins and Tulisa Constavalos, with both personalities taking 7% and 5% respectively. It seems like these divas aren’t likely to win Boss of the Year!

This infographic below highlights the full survey statistics:

Do you like your boss? Would you consider him to be clever or do you wish he had different qualities and/or attributes?

Home Renovations and their High Returns