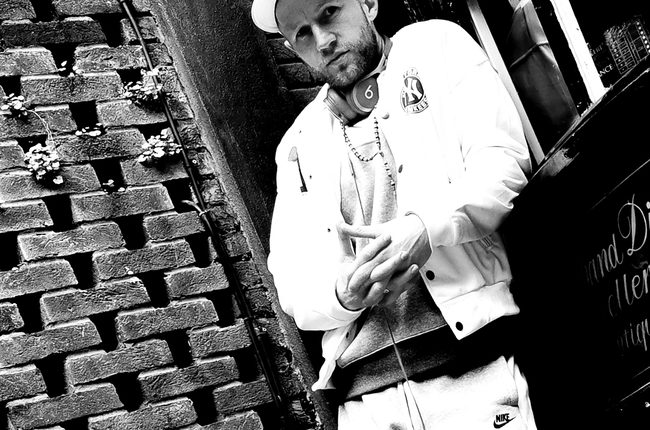 Brighton based rap artist Milky is keeping it local by releasing his debut single ‘I Miss You Mum’ on We Are Not Saints, a non-profit record label and live music company that solely works with musicians in recovery from alcoholism and addiction. A recovering addict himself – Milky’s progression as a musician was hindered by his addiction, but since his sobriety, this hindrance has transformed into a perpetual fuel that has not only ignited his passion for music but has allowed him to work on a debut album which is now nearing completion. Whilst that remains in the works let’s focus on ‘I Miss You Mum’ an earnest tribute to his mother whom he lost when he was only seven years old.

With his debut single Milky has truly worn his heart on his sleeve, the sheer honesty in his lyrics almost make you question whether you should keep on listening as he brings to light his very personal feelings regarding the grief and pain he experienced from his mother’s passing. Not only that but it is also entwined with his difficulties struggling with addiction and mental health issues. The message he is projecting is prevalent now more than ever, not just for people who are struggling with alcoholism, addiction, or loss but anyone struggling with issues regarding mental health. You can imagine Milky performing this live for the first time since lockdown was first introduced and it reaching out to each person in the crowd to varying degrees.

“I’ve always wanted to write a song for my mum after losing her when I was seven years old,” says Milky, “but I never even started until after I got out of rehab.

“Now I am clean and sober, I have dealt with it for the first time in my life, emotionally. I didn’t get counselling when I was a kid and maybe I should have had that. My life spiralled out of control, I was pushed and pulled from pillar to post by family members. It was a hard time and all I wanted was that one person to hug me, and that was my mum.”

However from those personal struggles also comes a warmth in how Milky feels a presence from his mother which stays with him and shines through in the melody and also in Amy Owens vocal choruses, with her also being from Milky’s hometown Carshalton, Surrey, it wraps up this single nicely and finishes off this package ready to be delivered to the masses of anyone who is a fan of modern artists like Ocean Wisdom, Slowthai, and Skinnyman, with Milky, also showing inspiration from 90s hip hop legends.

Milky’s past has become a canvas to help him make his music and in turn, his finished art reaches out to people who have been through the same struggles. He has a real passion for helping others and that moulds perfectly with We Are Not Saints, together they will be sure to bring music lovers and the recovery and sober communities together.

‘I Miss You Mum’ is out now on We Are Not Saints and is available on all major streaming platforms which include Spotify, iTunes, Amazon Music, YouTube, and Deezer.

A music video to accompany the song is also out now on Youtube: https://www.youtube.com/watch?v=XXIzif2EqhQ