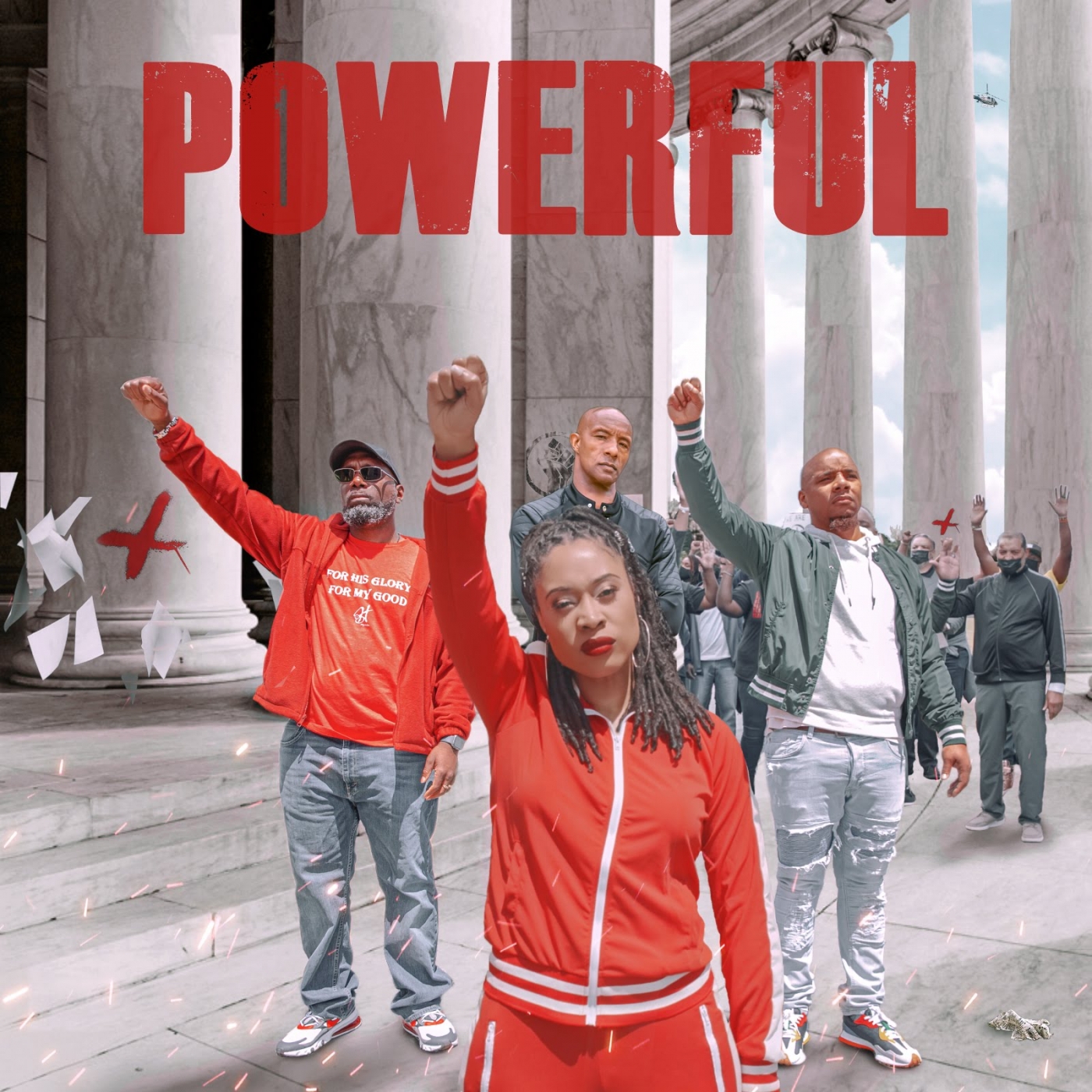 Shortly after the gruesome murder of George Floyd, Executive Producer Michael Jordan reached out to singer/actress Grace Covington, hip hop artist Twyse, and spoken word artist Holy Smokes along with accomplished music producer Irvin Washington with a vision to create a collaborative song to bring awareness to injustice, inequality, and police brutality that is currently impacting the black community, nation, and world.

Combining elements of hip hop and r&b, “Powerful” not only shines a light on racism and systematic oppression, but it is also a call to action for “all” people to come together under the banner of unity and change. The closing line ” All Lives Matter can’t be true until Black Lives Matter too,” articulates the message that all lives do matter, but if black lives are being treated unjustly, then it is impossible for “All Lives Matter” to be an accurate connotation.

The music video “Powerful,” visualized by Segol Shield Media and filmed by Enfocus Media, starts with Grace Covington, Twyse, and Holy Smokes in separate locations watching disturbing news footage on television. The images they see move them to take a stand against social injustice. In one scene, the trio participates in a rally for equality in front of the Black History Museum and Cultural Center of Virginia. In another scene, they are marching in solidarity with other protesters petitioning for change. The imagery depicted in this video is thought provoking, heartfelt, and incredibly powerful.Stream and Download “Powerful”