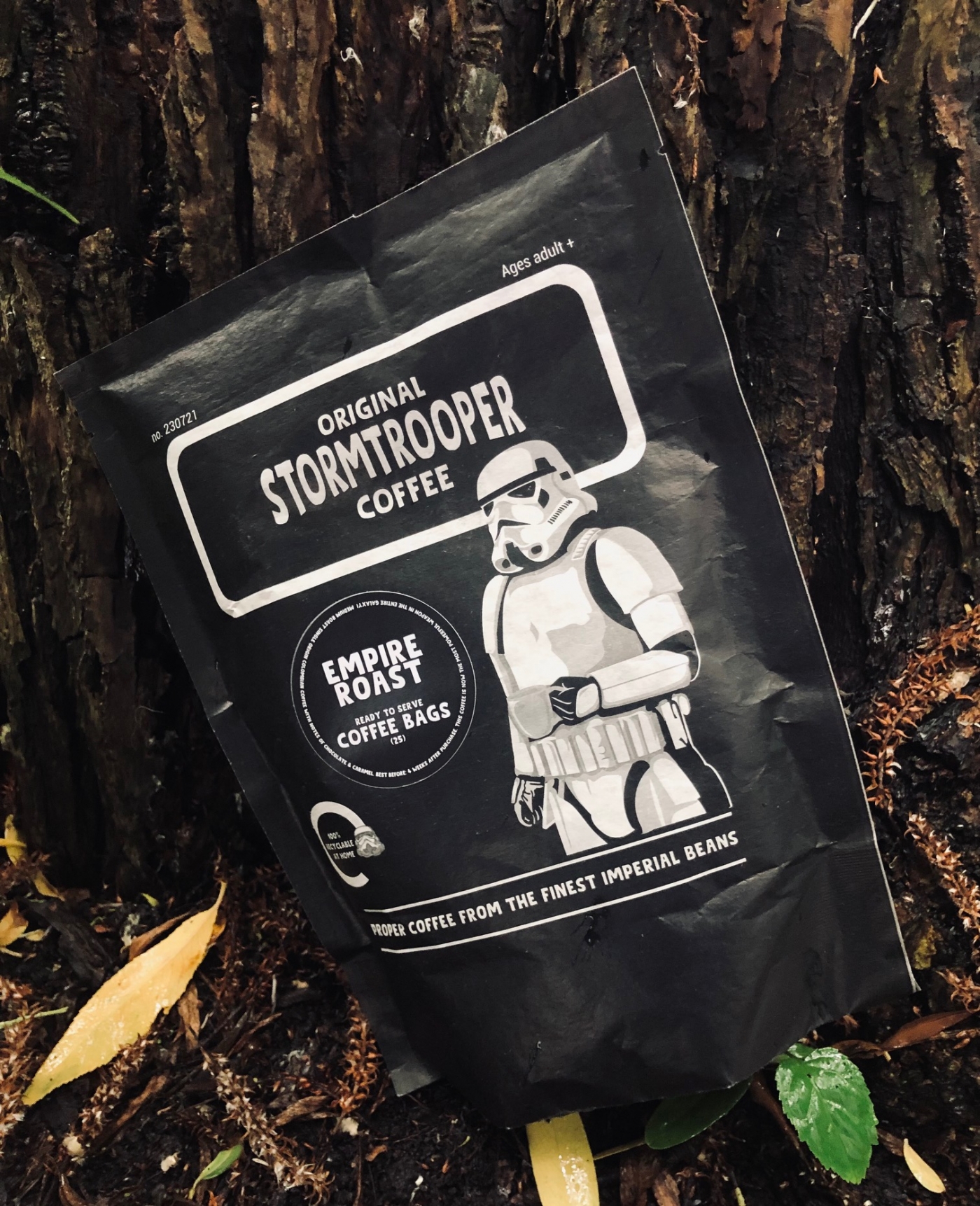 Brewed in a galaxy far away (just north of the Midlands), Original Stormtrooper Coffee will be available to inhabitants of planet Earth in only a few thousand parsecs (later this month).

A Leicester-based coffee subscription company, now renamed as The Galactic Empire, has partnered with Shepperton Design Studios (the originator of the Stormtrooper moulds for the first Star Wars films), to launch a special edition range of coffee that promises to be a hit.

Founder and coffee connoisseur Rupert Carroll, has sourced the Original Stormtrooper blend of coffee from small independent rebel roasters in the Midlands, explaining that “working with independent roasters as opposed to factories owned by corporate empires means you get better coffee, better taste and a better balance between the forces of good and evil.”

As the first coffee to feature the Shepperton Design Studio’s globally recognisable Original Stormtrooper on pack, it was important that the quality of the product matched the eye-catching design and Rupert is delighted with the result, explaining “we have spent nine months sourcing a finished product as fantastic as the packaging and we can proudly say we now have the smoothest brew in the galaxy.”

Not only does Original Stormtrooper Coffee taste great, it will also help protect the planet as one of only a handful of UK brands to use 100% recyclable paper.

Rupert added: “Most roaster’s bags can only be processed by specialist recyclers whereas ours will make no imprint on landfill whatsoever. Whilst we expect our customers to use up the coffee quickly, they can easily extend the four week shelf-life of paper bags by decanting the coffee into a special edition collectable Original Stormtrooper coffee tin.”

Plans for world domination are well in place and coffee drinkers can pre-order before the official blast off on 23rd July.