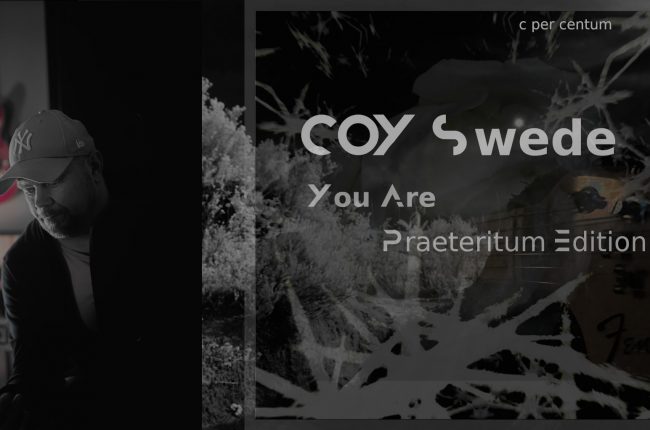 Swedish EDM musician COY Swede has kept his promise to listeners with a remake of his biggest streamed original track, You Are.

Released on July 2nd, You Are Praeteritum Edition demonstrates the craftsmanship behind his music, where every sound and instrument has its own purpose.

The original track, a collaboration with singer Matthew Titmouse that was originally released last September, was voted one of the best songs of 2020 by independent music blog Electro Wow.

COY Swede’s references and inspiration come from other artists that really have something true and meaningful to say.

He uses a similar method of composition as Barry Gibb, from the Bee Gees, who finds the melody of a song first with his voice.

Another characteristic is that the Stockholm-based songwriter and producer respects all other music genres.

Talking about You Are Praeteritum Edition, COY Swede said: “With this version, I want to paint even more strongly how it can feel to lose someone close.

“And above all, my big goal is to really try to give the listener a pleasant musical calm and a warm breeze to ease that pain. Making this track was a bit challenging at times singing it, because it’s about loss from someone close to me.

“We have all had it tough now in different ways around the world for a very long time, and many have passed away far too soon and suddenly.

“I appear myself this time with my own voice for the first time. I really want it to come from me as a gift 100% for the listeners.”

He added: “Praeteritum is Latin for ‘the past’ or past tense. In my own development as an individual, I try to value and turn the past into a wise life experience instead of negatively pondering things. This is not easy! We all have feelings and we easily forget how much it actually affects us in different situations whether you want it or not.

“The song evolved to a classic electronic pop/rock ballad and anthem where I want to invite a feeling of healing and a calm that in the end briefly lifts us to a determination.”

You Are Praeteritum Edition is out from July 2nd on all streaming platforms.