Glasgow Based Publishers Raise £2,000 For Their Book of LGBT+ Horror Stories 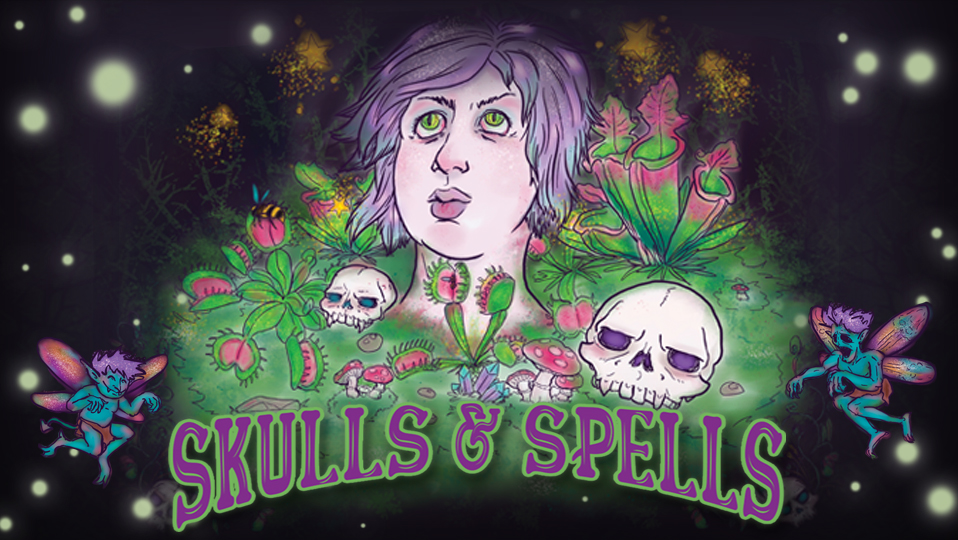 Glasgow Based Publishers Raise £2,000 For Their Book of LGBT+ Horror StoriesThe micro press have passed 60% funding on Kickstarter for their anthology “Skulls and Spells”

Glasgow, UK: Artemisia’s Axe, an independent micro press based out of Glasgow, Scotland began their Kickstarter journey on June 22nd 2021, at the tail end of Pride month. Now, with 19 days still left to reach their funding goal of £3,300, they have not only smashed the £2,000 marker, but also received the coveted accolade of being one of the renowned crowd-funding website’s ‘Projects We Love’.

“Skulls and Spells: An Anthology of Horror by Creators From the LGBTQI2SA+ Community” is a book focusing on the theme of queer magic. Artemisia’s Axe have brought together 21 creators from the queer community, including Lidia Molina Whyte, Minerva Cerridwen, Sofia Ezdina and many more, to share their chilling tales of horror, darkness and the supernatural.

As Pride month comes to a close for another year, it is important to support queer and marginalised voices all year round. Speaking about their project, Artemisia’s Axe states that:“As a queer-run small press, it is our mission to raise up the voices of marginalised creatives, like ourselves, who have so often found themselves on the outskirts of the literary and arts communities. We want to create a space for folks like us to feel seen, supported and uplifted, and we feel that the folks of Kickstarter have that same desire.

”This collection is proving to be a popular crowd-funding project and one which celebrates a diverse set of under-represented voices in the horror literary community. You can find the Kickstarter project, including samples of the art, writing and comics included in the upcoming book, here:  www.kickstarter.com/projects/skullsandspells/skulls-and-spells-a-queer-horror-anthology

Artemisia’s Axe is a  micro press publishing house based in Glasgow, Scotland. The joint creation of partnership Jinx Peregrine and Jonas Holt, they run a press specialising in horror and LGBTQIA2S+ representation and celebration. They are an openly queer, non-binary and neurodivergent run small business that endeavours to bolster diverse voices and representation in publishing. Their first publication “Neon Horror” was successfully funded via Crowdfunder in 2019 and was published to great praise in 2020. A percentage of the proceeds from this book was donated to Mermaids UK and The Tie Campaign for inclusive education.

Styling for Electric Cars arrives in the UK