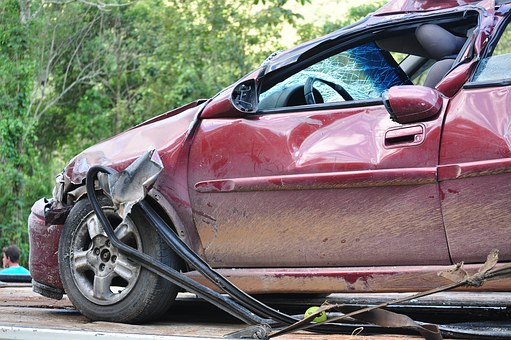 BRITISH motorists could be getting fleeced by their insurance policies because they are on cruise control when it comes to renewing their deal.

New research has revealed more than a third of drivers let their annual car insurance policy auto-renew instead of shopping round for the best deal.

Customers who roll over their contract typically end up paying inflated premiums as part of a ‘loyalty penalty’ – and the numbers are increasing year-on-year.

Two in five customers who auto-renewed believe they were getting the best possible deal according to the moneyexpert.com research.

However, data from the same survey, as well as from the Association of British Insurers (ABI), Financial Conduct Authority (FCA) and Citizens Advice, suggests drivers who auto-renewed were 50 per cent more likely to be paying more than £800 for their car insurance than if they found a new policy by other means.

Mike Rowe, Chief Operations Officer at moneyexpert.com, said: “Our survey results show that drivers who let their car insurance auto-renew are paying more than those who shop around online or negotiate a better deal with their existing provider.

“This is consistent with findings in countless other reports, including from the ABI, FCA, and Citizens Advice – all of whom warn against the ‘loyalty penalty’ faced by insurance customers who stick with their provider year after year.

“The FCA’s transparency initiative introduced in 2017 forces insurers to be clear about price differences when issuing renewal quotes.

“Despite this, more than a year later, our survey results show that not only are around a third of drivers still letting their insurance auto-renew, but that number has increased since January 2018.

“Some 36 per cent of those who auto-renewed were convinced that they were getting the best deal possible, which is statistically unlikely to be the case.

“Drivers should use a comparison site to compare car insurance quotes annually and switch insurer where necessary to make sure that they are getting the best rates.”

In 2018, 29 per cent of drivers let their car insurance auto-renew, compared to 30 per cent who negotiated a new policy with their current provider and 41 per cent who searched online for the cheapest option.

In 2019, 36 per cent of drivers let their car insurance auto-renew compared to 30 per cent who negotiated a new policy with their current provider and 34 per cent who searched online for the cheapest option.

And fewer drivers are searching online for the best deal.

Across both sets of data, of those who auto-renewed, 48 per cent were ‘aware of the savings that could be made by switching but didn’t want to deal with the hassle’.

The full results are here: https://www.moneyexpert.com/car-insurance/#survey-findings]