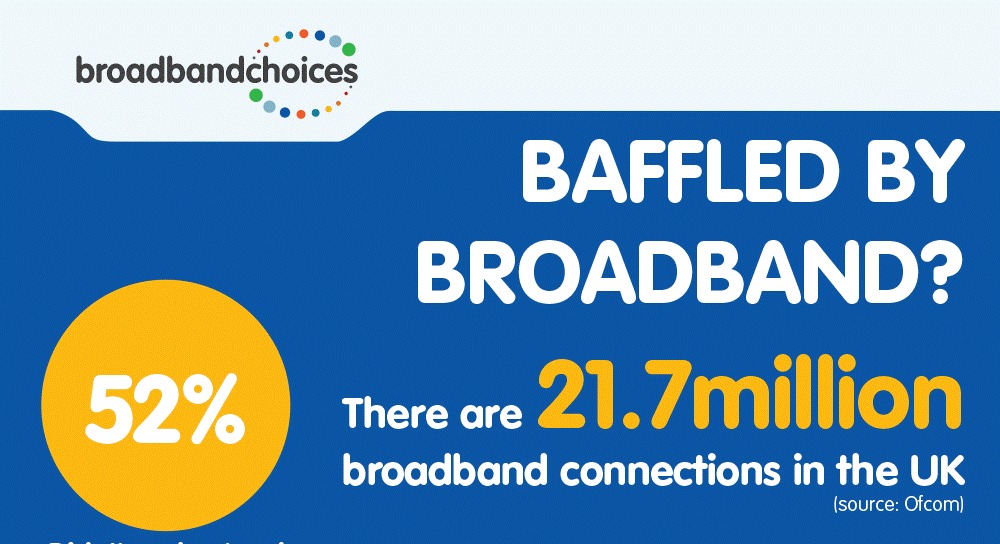 We’re a nation of broadband users and we’re all connected to the internet nowadays.

There are 21.7 million broadband connections in the UK according to Ofcom, but you may be surprised to learn that almost half of people have no idea what commonly-used jargon actually means.

In this survey conducted by Broadband Choices, a massive 52% of people admitted that they didn’t know what the abbreviation for Megabyte was (MB).

29% of those asked had no idea about ‘traffic management’; 41% didn’t know the context of ‘exchange’ and 19% didn’t recognise what ‘Mbps’ meant.

Considering that each residential connection in the UK consumes 23 GB per month, 58% of people didn’t know what their broadband download limit was – or what activities they’re doing online that could count towards it.

39% of those surveyed thought that online browsing didn’t contribute to their allowance, along with 47% voting for video views.

Almost a quarter mistakenly thought that watching a DVD uses part of their data, along with 18% believing that phone calls used data.

These baffling broadband misconceptions can leave them signing up to the wrong package and overpaying by approximately £100 a year – enough to pay for a trip to Rome, one month’s gas and electricity bill or a brand new iPod docking station!

The survey also found that 51% of people don’t realise that the distance from the exchange will affect broadband speed. 70% also wasn’t aware that this could be affected by their neighbour’s online activity.

28% of people admitted that they’re not confident that they’ve got the right broadband package for their needs. However, 24% said that when they had switched it was “frustrating”, and 14% each describing the experience as “confusing” and “stressful”.

This infographic shares the full statistics on our broadband activity: