Brits only feel “fit as a fiddle” nine times each month 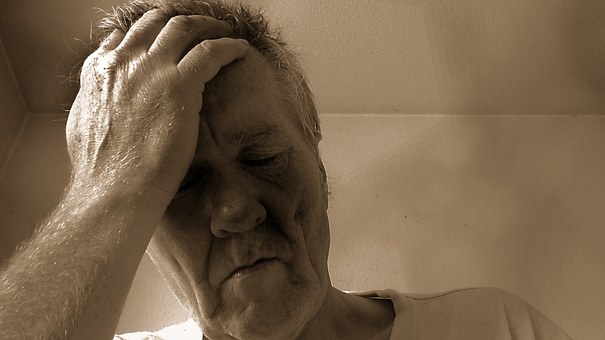 The average Brit only feels ‘fit as a fiddle’ nine times a month.

Tiredness, heavy workloads and a lack of exercise mean less than one third of the year is spent feeling in tip top condition, both mentally and physically.

Instead, the average adult spends three days a week feeling tired or lacking in energy and two occasions where they spend the day in a bad mood.

More than one third of adults say they spend whole months without a single day of feeling ‘on top form’.

The study by Vitabiotics’ Wellwoman and Wellman vitamin range also found January is the month most likely to see Brits struggling.

A spokesman said: “At this time of year, it can be rare to have a day where you feel wide awake, in a great mood and ready for whatever life throws at you.

“But it’s staggering to see just how few days we have where we feel great.

“Simply feeling a little bit tired, or overloaded at work, can leave us feeling out of sorts.

“Sometimes, just making small lifestyle changes, like improving your diet or doing a little bit of exercise, can make a huge difference to how you feel, hopefully boosting the time you spend feeling on top form.”

The study also found 47 per cent of Brits admit they are more likely to have days where they feel tired or be in a bad mood than feel completely perfect.

And over half (54 per cent) say it’s rare for them to wake up and feel like they are raring to go as soon as they get out of bed.

In fact, the average adult has less than four hours a day where they feel full of energy.

A bad night’s sleep is most likely to leave Brits feeling anything less than tip top, along with stress, going to bed too late and having an early wake up call.

A bad or busy day at work, a poor diet and an argument with someone are also among the most common reasons for having days where they feel a little lousy.

Worryingly, 46 per cent even said they have fallen out with someone as a result of not feeling completely perfect, with many respondents admitting to being snappier than usual when they are tired.

Researchers also found 29 per cent of those polled have pulled a sickie at work because they didn’t feel in the mood to go in, and almost one in five have pretended to have an appointment to get out of having to go in first thing.

More than half have even cancelled a night out with friends because they didn’t feel up to it and 22 per cent have pulled out of a date.

Top 10 things which cause Brits to feel less than tip top:

1. A bad night’s sleep
2. Stress
3. Going to bed late the night before
4. Having to wake up early
5. A bad day at work
6. A bad diet
7. An argument with their partner
8. Not getting in their usual amount of exercise
9. A hefty workload
10. Drinking too much