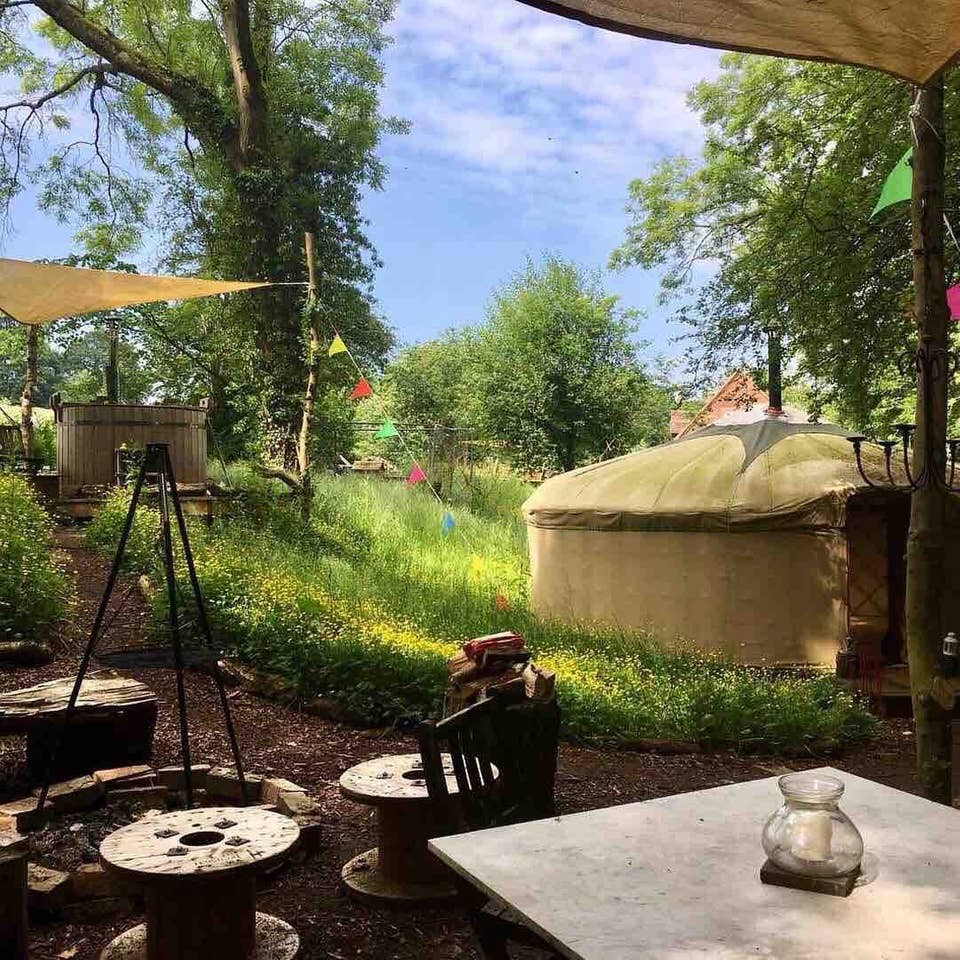 The UK is awash with stunning destinations. However, finding equally stunning accommodation can be difficult. Alongside the 4,000 something strong army of Olympians which descended upon London in 2012, another big arrival was occurring. Airbnb, owned by American billionaire Brian Chesky, has enabled so many people to veer away from the standard hotel room, choosing instead an individual experience in a unique destination. Here, with Flogas, who sell bottled gas, we take a look at some of the UK’s quirkiest, off-grid Airbnb destinations.

If you were looking to escape with just you and your beau, then we can’t think of any better place to do it than here. Clogau Shepherd’s Hut in Snowdonia National Park is a one-bedroom cabin, complete with outdoor hot tub and access to a private beach. Watch the stars cascade through the night sky and the sun rise in the morning, in arguably one of the most romantic settings Wales has to offer. Situated only five minutes from the seaside town of Barmouth, despite the evident privacy, you aren’t too far from amenities. However, the cabin does have a full kitchen and log burner, meaning you don’t have to leave the comfort of your own seclusion!

Located in the Ironbridge Gorge Heritage site, this four-person yurt combines luxury with privacy. An indoor fireplace, an exterior pizza oven, hot-tub, and brick surround campfire would almost convince you that you were staying in a Disney inspired fantasy. The host, who offers up various meal alternatives delivered right to the yurt, including Thai curry, tagine, and a breakfast hamper, describes the location as ‘a rustic space set under a canopy of woodland trees.’ The area, which lies in the shadows of the bridge built in 1781, offers unlimited alternatives in the way of things to do, so you’ll never find yourself unimpressed!

It would be utter serendipity that you would stumble across these shepherd’s huts by chance. Nestled in the middle of the Scarborough countryside, in close proximity to Dalby forest, these luxurious cabins are situated in the centre of a working farm. With green pastures for miles and what has been suggested is, ‘the comfiest bed people have ever slept in’, lie back and take everything in, all thanks to the panoramic view offered up the clever positioning of the cabin. The welcoming hosts also deliver a breakfast hamper at your convenience, so you don’t need to worry about packing the bacon butties.

Situated at the foot of Ben Nevis, the UK’s highest mountain, if you are prepared to make the journey north, you won’t be disappointed with what you’ll find. The pod is approximately two miles from the foot of the summit and a mile and a half from the town centre of Fort William. A full-size doubled bed, kitchen facilities, television, and WiFi is certainly enough mod cons to trick you into thinking you haven’t left the city centre The picturesque view over Loch Linnhe is a stark reminder that you are frequenting perhaps one of the UK’s best hidden gems. It exists as the perfect choice for anyone looking to tackle one, if not a handful of the Munros.

Not much says Scotland like an ageing whisky barrel. Therefore, if you were to truly immerse yourself in the land of the thistle’s true culture, then staying in one does just that. Findhorn is an ecovillage, and one of the UK’s largest intentional communities. Within Findhorn lies a big barrel and a ‘wee’ barrel. They are fully fitted with double and single beds, and offer the opportunity to immerse yourself in a truly unique experience — the owners have mentioned you may feel just like ‘a hobbit living in the Shire’. Only a ten-minute walk from the barrel and you’ll find yourself in the middle of the beautiful Moray sand dunes.

This two-bed glamping pod in Moy, approximately an hour from the capital, Belfast, defines off-grid luxury. Classic meets modern in this shepherd’s hut that features an inbuilt cinema and surround sound entertainment system. Gaze out onto the five-acre fishing lake with confidence that you aren’t contributing to carbon emissions during your stay in this solar powered lodge.

Northern Ireland’s latest popular attraction, Let’s Go Hydro, is the definition of fun, regardless of age. Modelled on BBC hit series Total Wipeout, the water park allows you to take part in aqua rugby, an assault course, and a whole host of water sports. Thankfully, if this doesn’t sound like your thing, you won’t be left deserted. The resort’s stunning boathouse has a rooftop terrace with a wrap-around balcony, meaning you can kick back and assume the rays while the kids do their own thing. Luxury hasn’t been left on the exterior, however. Enter, and you are greeted by two full size bedrooms, one of which is a master, and brand-new kitchen/diner. Of course, the pièce de résistance, although, is the hot tub, ensuring relaxation is guaranteed.

Why follow the crowd and go to a mundane hotel room, when you can clear your head, get outdoors, and explore everything the UK has to offer in regard to a unique experience, and location?