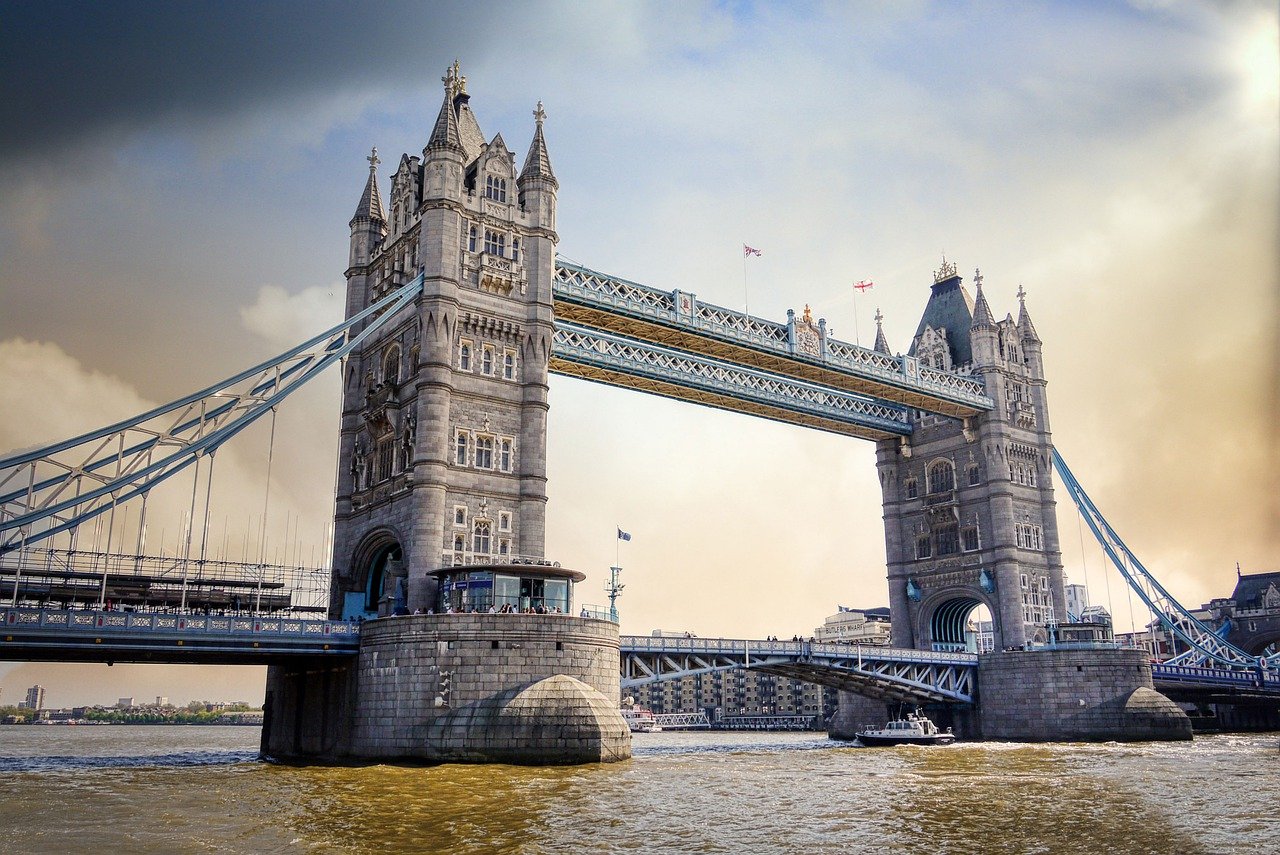 Bridges have certainly come a long way from rustic stone or wooden structures. Thanks to technological evolution, we are now able to design and fabricate bridges across the world that can span a vast array of terrains, from lakes and rivers to rugged, otherwise impassable stretches of land. Of course, some bridges do this with more flare than the rest, standing out as iconic structures for a variety of reasons. In this article, we’re highlighting some of the most amazing feats of bridge engineering.

It may come as a surprise to learn that the title of the world’s largest Bluetooth device is proudly held by a bridge: London’s Tower Bridge, in fact.

The bridge earned its title back in 2007, when the structure was heavily modified with the installation of detectors that could scan pedestrians using the bridge. The bridge could register who was carrying a Bluetooth device and, thanks to the marvel of technology, display an array of colourful pixels across the upper walkway to represent these passers-by.

Of course, these technological updates still pale in comparison to the marvel of the bridge’s original construction.

London’s Tower Bridge is primarily constructed from stone masonry and granite-clad steel. Granite cladding is an excellent choice of cladding due to its strength, durability, lack of maintenance needs, and simple aesthetic appeal.

The structure is supported by piers that house the bridge’s bascule machinery. These were built upon iron boxes that sit 6.5m deep within the riverbed, filled with concrete and clad in more granite brickwork. The towers themselves stand on a steel frame foundation, with four octagonal columns connected with an array of beams, including steel bracings to aid with wind resistance.

Perhaps compared to this, the use of technology such as Bluetooth might seem a little jovial! But it is a great example of how modern technology is being woven into existing structures.

With the sight of ancient stone bridges crossing rivers, many would assume that once a bridge is built, it will carry out its duty forever. This isn’t quite the case. While a bridge can indeed carry out its function for many decades, the structure will always need maintenance and refurbishment. However, some countries are better at upkeeping their bridges than others. For example, there are 614,837 bridges in the United States, and almost 40 per cent of those bridges are over 50 years old. While this might sound relatively young for a structure, it’s worth keeping in mind that many US bridges were originally built to a 50-year service life design. Therefore, to avoid structure and fatigue, they must be repaired and rehabilitated to continue safely serving for the coming decades.

But here in the UK, only 4.3 per cent of bridges checked by the RAC Foundation were found to be in a substandard state, supporting our nation’s impressive bridge care facilities! The study did, however, outline to the government that all UK bridges ought to be refurbished to perfect condition to maintain their upkeep.

By carrying out such refurbishment, bridges can have their lifespans extended. For example, the Humber Bridge was constructed in 1981, with architects choosing to use concrete rather than steel for the bridge’s towers due to its cost compared to steel and overall landscape appeal.

But the bridge is still going today thanks to careful monitoring and repairs throughout the years. Recently, the bridge’s iconic cables have undergone a 12-month inspection with Cleveland Bridge, a bridge construction and renovation specialist. The inspection was the first to be performed on the bridge since its 2010 dehumidification system was put in place to prevent corrosion. This corrosion avoidance method has also helped the bridge to further lengthen its lifespan.

“The Humber Bridge is a complex piece of engineered infrastructure, critical to the local area and economy,” said Andrew Arundel, Head of Engineering and Infrastructure on the Humber Bridge Board. “We needed a maintenance partner that understood how to minimise the impact of essential inspection works on our customers while providing a high-quality solution within a minimal programme time.”

Impressively, the bridge remained open to pedestrians and traffic while this inspection was being carried out.

The most expensive bridge in the world
Spotlight: San Francisco-Oakland Bay Toll Bridge

This steel and concrete bridge originally opened in 1963 to an already impressive receipt. However, after the structure was devastated by 1989’s Loma Prieta earthquake, a further £3.8 billion was poured into the iconic bridge for repair and refurbishment. Not only was the bridge repaired, but it was strengthened to face any future earthquakes.

The repair work included replacing the bridge’s old, impossible-to-heat-treat hot steel rivets. These rivets of old would stay quite soft, and an analysis of the bridge suggested they could fail under stress. Their replacements helped to strengthen the bridge against extreme stress.

The impressive structure is, in fact, three bridge-projects in one. The first two are a pair of suspension bridges that connect San Francisco to Yerba Buena Island. The third, a cantilever bridge and viaduct, stretches from Yerba Buena to Oakland, bringing the full bridge’s span to around 4.5 miles.

Its design covers a vast array of terrain, from lowland rice paddies to rivers. With multiple pillars and steel supports threaded through its design, it is claimed that the bridge can withstand a magnitude eight earthquake.

Dash Cams In The UK – All You Need To Know