A Blast from the Passed: The History of Farming 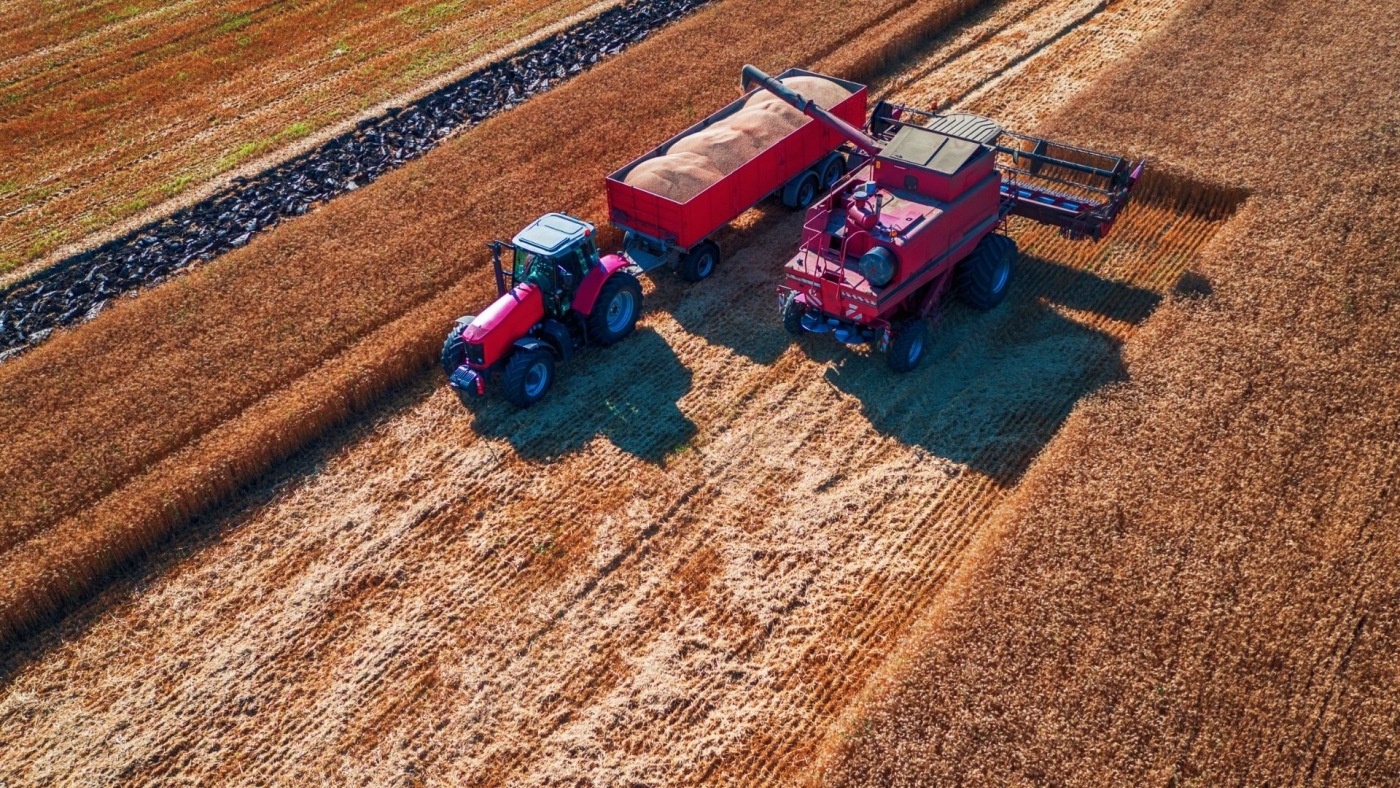 Farming is something that we probably all take for granted from time to time despite this being an element of everyday life. Before plant cultivation became present in society, human life largely revolved around being hunters or gatherers. With evidence going back as far as 100,000 years ago, it suggests agriculture has been around for a tremendous amount of time.

The planting of wild grains are believed to have started around 11,000 years ago, this being one of the first items to be gathered. The 20th century brought about rapid change in the agricultural sector with industrial agriculture becoming the most common area of farming.

Throughout farming history, it is obvious that both the type of farming humans do, and the ways in which we do it has evolved over time. Here, we take a look at some of the major changes in farming and how its landscape has transformed over the last 100 years.

In 1908, the National Farmer’s Union was formed in an effort to represent the interests of farmers. Fast forward to 1917, the first law came into effect. The Corn Production Act, which guaranteed British farmers a good price for their crop, was followed up by the 1920 Agriculture Act, designed to support price guarantees for agricultural products and to maintain minimum wages for farm labourers.

Despite this effort, post-World War One seen the price of wheat slump from 84s 7d to just 44s 7d 18 in just a year. Both acts were later repealed in what many coined the Government’s Great Betrayal.

As a result of this decline, the farming industry soon became seen as a free market economy whereby approximately a quarter of all British land had changed ownership by 1922. A depression was felt across the sector as wheat acreage halved and land remained untenanted. The dark days of 1920s farming came to an end with governmental promises of investment and the following innovations put farming on a very different map 100 years on.

By the 1960s, demand for machines to assist in farming caused a monumental change in practices over the next 30 years, with drastic evolutions in farming technology emerging. The Howard BigBaler drew great interest when it launched in 1972 as the world’s first machine that could make big square bales. The bales were 2.4m long and weighed almost 550kg, something even the strongest farmer couldn’t lift manually.

Despite the combine harvester bringing an end to straw-walker combines that earlier dominated the industry, its success was short-lived due to the reliability issues it entailed. The Axial-Flow combines were created with rotary machines and 40 years on more than 160,000 machines have been developed and sold.

As 2020 places a greater focus on reducing costs in all industries and switching from oil to gas power, John Deere announced plans for electrical-powered tractors. Engineers have developed the John Deere Joker, a fully autonomous electric tractor which comes complete with articulated steering and a tracked single axle. The product is still being developed and is expected to hit the market in the early 2030s.

From 71 million tonnes in 1961, to 341.16 million tonnes in 2018, its fair to say that demand for meat production has quadrupled in 50 years. Not only that, included in this surge in demand are the likes of cattle, poultry, sheep, goat, pigmeat, and wild game. Although Asia had been just the third largest producer at the start of the 1960s, it now produces more than double the quantity of meat than its nearest continental rival, Europe, which harvests just 63.85 million tonnes compared to Asia’s 143.71 million tonnes.

In 2018, China’s dominance of the market was highlighted by its production of 40 times more meat than the UK. Poultry has become one of the most farmed meats in modern times, with production rising from just 12% in 1961, to 35% in 2018, second only to pigmeat, which accounts for 35-40% globally.

Supported by its dramatic economic growth, China has also experienced a 15-fold rise in consumption of meat- accounting for more than any other country. However, it is still Australia that is the largest meat-eating nation, consuming around 116kg per person by 2013.

The Evolution of Technology

As technology develops, the farming sector has been transformed as a result. Back in the 1930s planter technology consisted of grain drills and corn planters. The creation of the rust-resisting galvanized steel box helped ensure an overall uniform pattern for planting seeds, while the corn planter was able to plant two rows at a time.

In the 1960s, The Green Revolution seen crop management techniques transform agriculture forever. It brought about high-yielding rice varieties as crops were cross-bred, bringing about hybrid versions that combined the best of both. The increased quantities started to match the trend for higher demand and saw cereal production more than double in developing countries by 1985.

As a result of the rapid influx on new machinery, 2020 technology would be unrecognisable to a 1920s farmer. Hoofcount Transit, an individual cow feeding, weighing, and footbathing station, sounds like something that would not have been needed 100 years ago, but farmers expect that it will monitor feed intake and assist with transition cow management, a factor often overlooked.

Carbon Emissions: The Fight to Tackle Them

Since climate change stories dominate news articles across the globe, 10% of UK emissions are as a result of the farming sector. The sector has long been criticised for a failure to tackle pollution. Much of the criticism comes from the machinery used within the meat and dairy industries, while many of the chemicals found in fertilisers and animal waste have led to calls for action from the farming community.

While working to offset carbon emissions by 2040, the National Farmers Union has set a target to reduce and counterbalance emissions. Improving productive efficiency and land management and changing land use to capture more carbon are just some of the measures the NFU will use across England and Wales. They will also encourage members to capture methane to repurpose for heating people’s homes, alter the diets of cattle and sheep and switch a focus to more plant-based products.

The idea of robots and drones being used to map out pesticide and fertiliser application is an idea that would have been laughed at by farmers in the 1950s. But that is the reality in 2020 as drones and sensors are being implemented to ensure more accurate application. The more precise placement of nitrogen fertiliser, only in areas it is really needed, will cut emissions and is expected to dominate the future of farming practices.